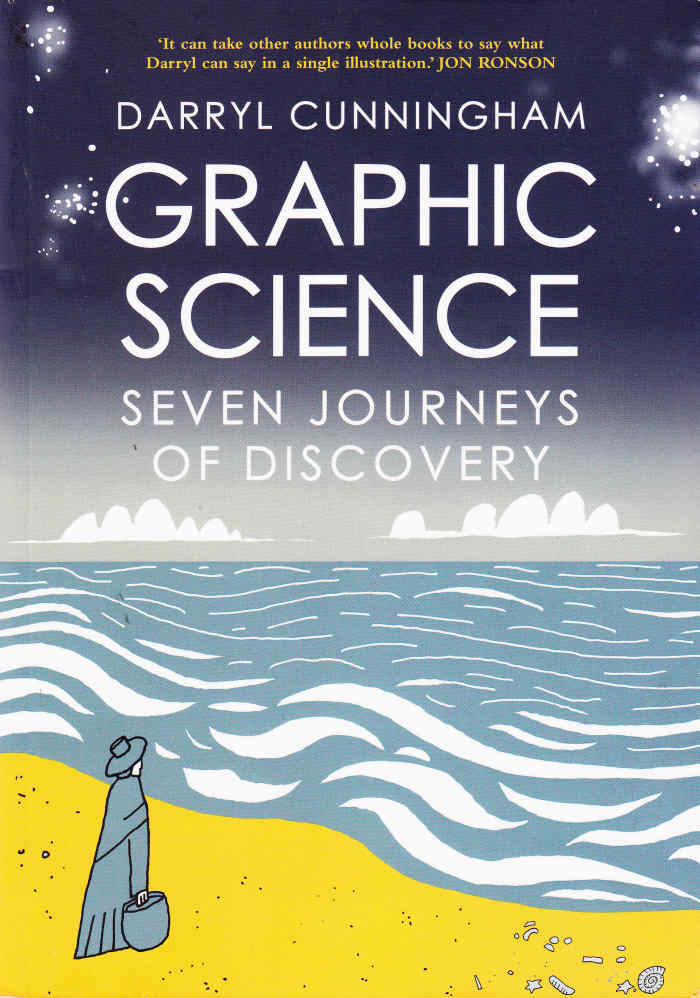 Now here is one of 2017’s UK graphic novel releases that I’ve been eagerly awaiting. Quite a few years ago Darryl Cunningham was our cartoonist in virtual residence on the blog, before going on to be one of the first wave of creators from then-new Blank Slate Press, with the deeply moving, well thought-out Psychiatric Tales. Since then he has, with an industrial level of research to accompany his cartooning, carved out a fine reputation on both sides of the Atlantic for some fascinating factual comics works, such as Science Tales and Supercrash (both also published by Myriad Editions), frequently sharing glimpses of works in progress on his blog. 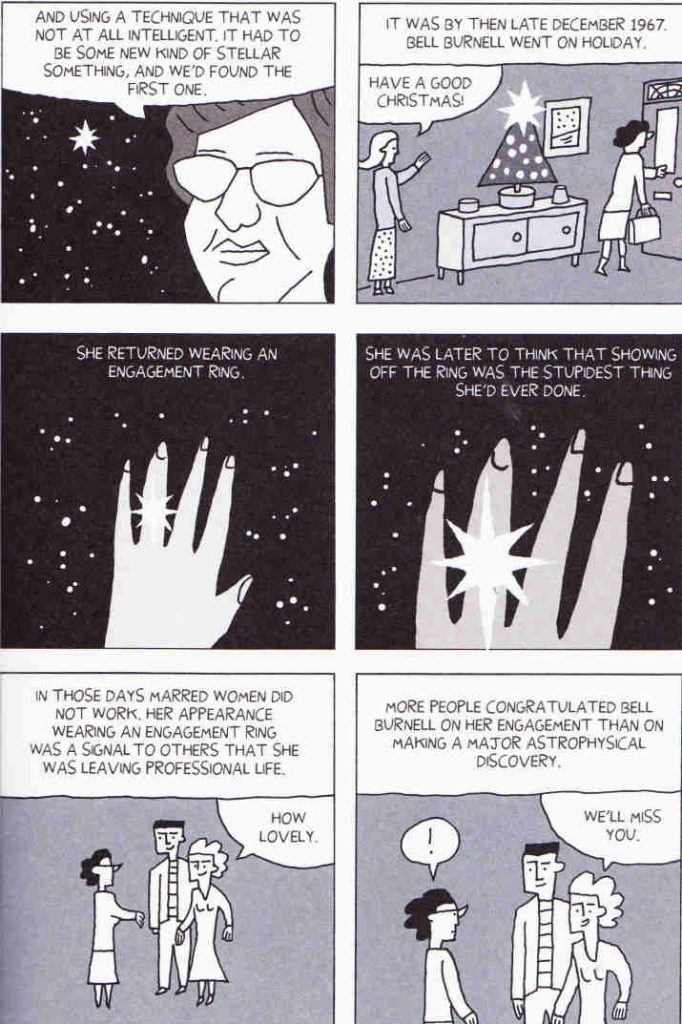 With Graphic Science Darryl brings us a book that isn’t just about scientific development and breakthroughs, this is as much about history and the society these seven subjects lived in, and the influence of the prevailing societal and academic norms of their time, the challenges of race, of gender. Giving us a book which explored important breakthroughs which, outside of academic science circles, are not as well known to the general public and putting them into some context, giving the discoveries and the discoverers their due respect for adding to the sum of knowledge, for helping shape the world we live in now, that would be an achievement in itself. But Darryl doesn’t just craft an accessible view into research which changed our understanding of our world, in Graphic Science Darryl gives us seven tales that are remarkably, warmly human experiences. This is as much about the people as the science, and that makes Graphic Science not just intellectually fascinating, but emotionally compelling and rewarding. 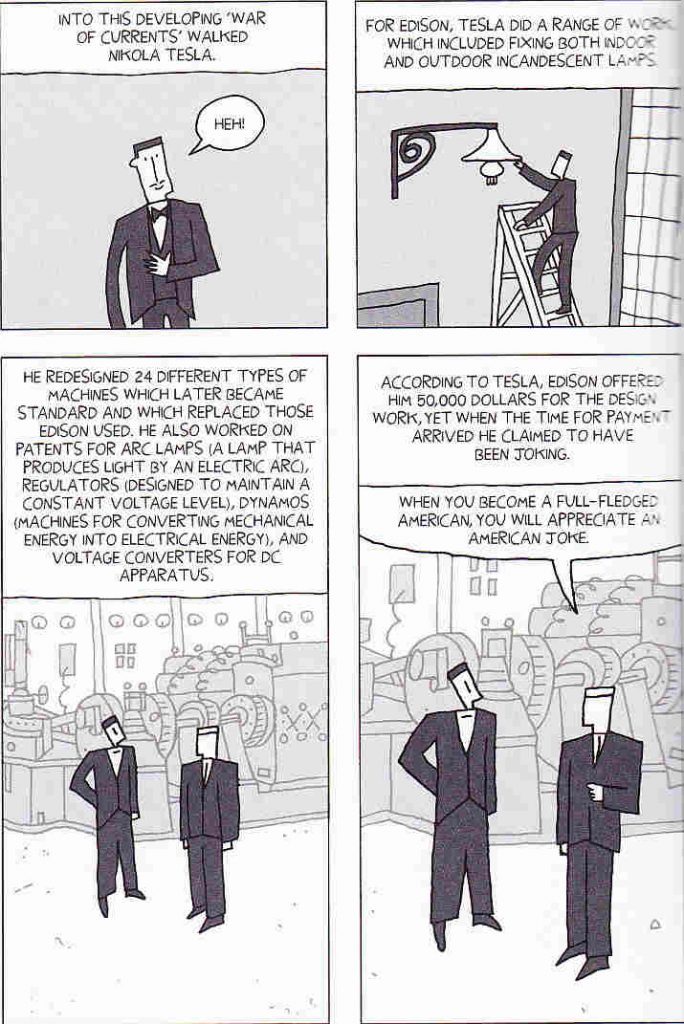 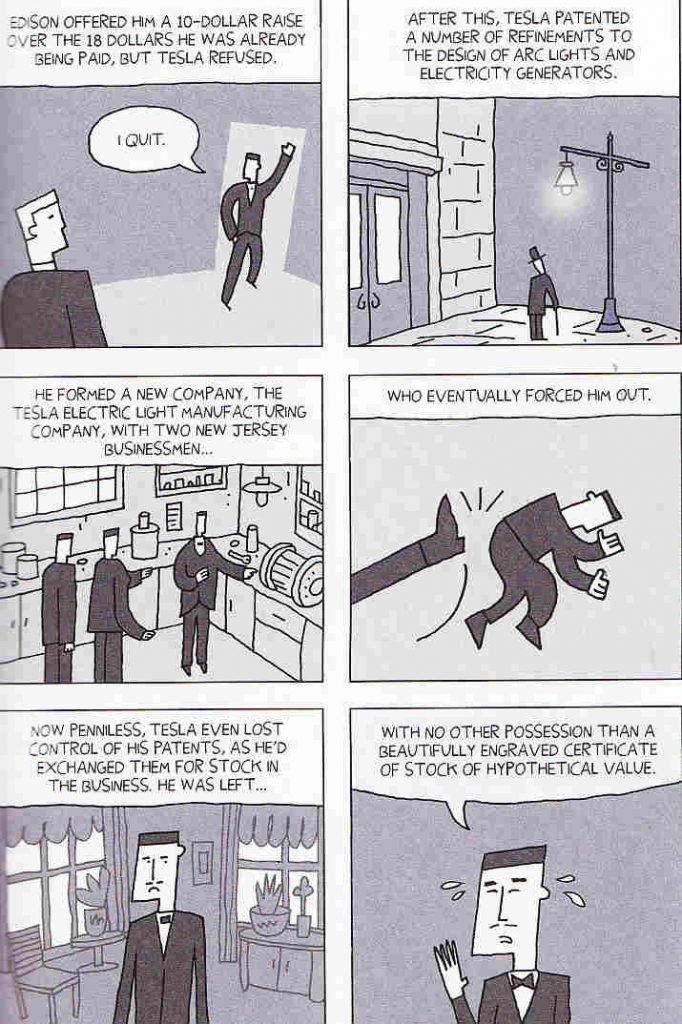 “He was all too human, with flaws and idiosyncrasies. We should appreciate the man, not the myth.” Darryl on Nikola Tesla

The book takes in seven different scientists from across the last couple of centuries: Antoine Lavoisier, Mary Anning, George Washington Carver, Alfred Wegener, Nikola Tesla, Jocelyn Bell-Burnell and Fred Hoyle. Some of those names may be familiar to you already, others not so much, perhaps. Darryl has, from a wide possible array of influential scientists selected this group of seven as much for the personal interest in their lives and times, which proves as fascinating as their scientific discoveries. Born into the last generation to be enslaved before the end of the US Civil War, George Washington Carver overcomes racial prejudice (indeed, sometimes outright hatred), Mary Anning fights sexism and poverty in 19th century Britain, while even in the middle of the 20th century that gender gap still has to be faced by a new generation of scientists like Jocelyn Bell-Burnell. For German scientist Wegener the dogmatic, entrenched position of the established view stands in the path of his theory. 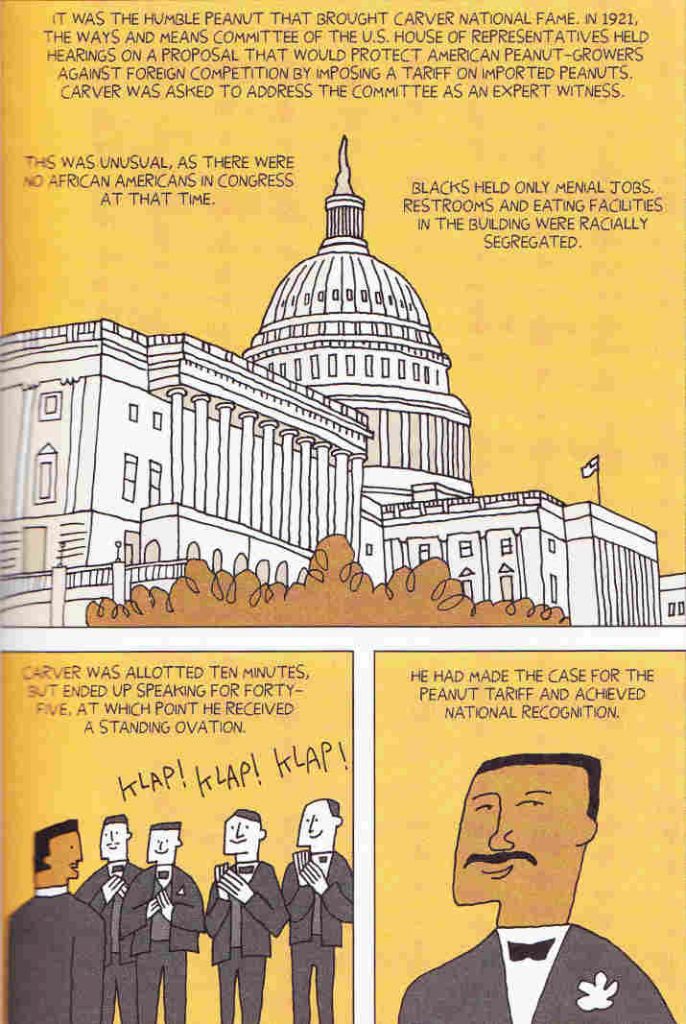 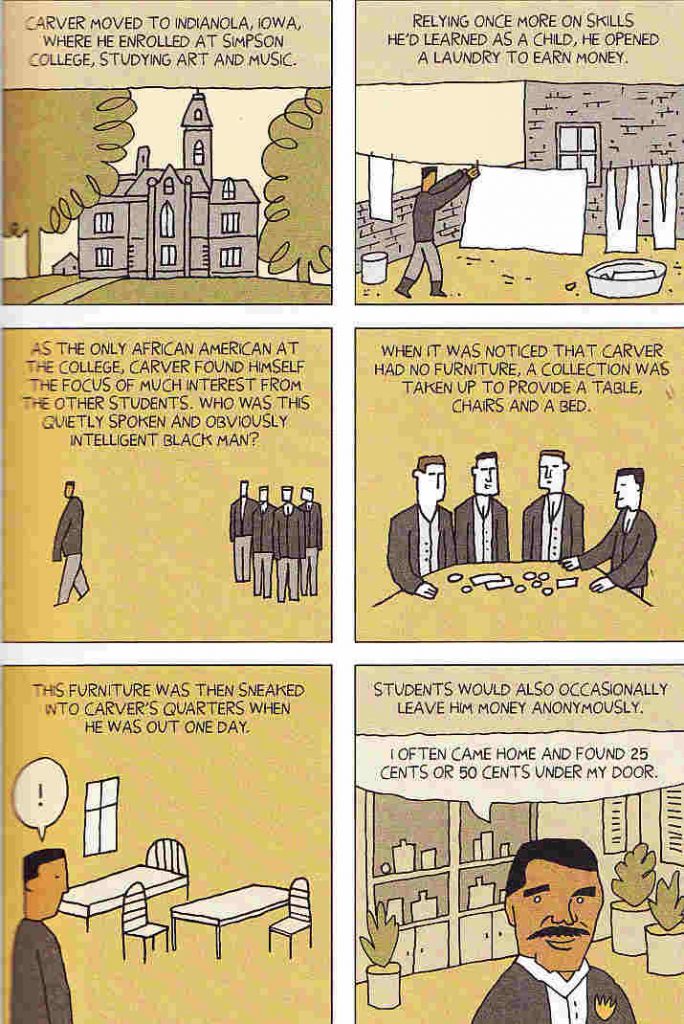 Darryl looks at the science, such as Lavoisier experimenting with chemicals, unlocking the secrets of the air we breathe, but he also pays attention to the world around Lavoisier. We see pre and post-revolutionary France, we we the interaction with the findings and debates with other scientists, the politics of the time (which would have a terrible price for Lavoisier), but also the domestic – home life, marriage. And rather nicely he pays attention to Marie-Anne, who not only becomes Lavoisier’s wife, she becomes an important part of his work. Intelligent, witty and social, she holds salons where scientific and artistic guests meet regularly, feeding each other’s thoughts and ideas (she even charmed Benjamin Franklin, painting his portrait). And she uses her intelligence and her skill with languages to help her husband, translating scientific papers from other countries for him, recording his own work with the meticulous detail that is the bedrock of scientific research, her contribution to helping her husband’s work given its due respect. In the chapter on Carver there’s a lovely moment, in stark contrast to the hideous racism of 19th century America, when his fellow students, impressed by his intellect and gentleness, get together to buy furniture for this young student’s rooms, or leave small gifts of money. 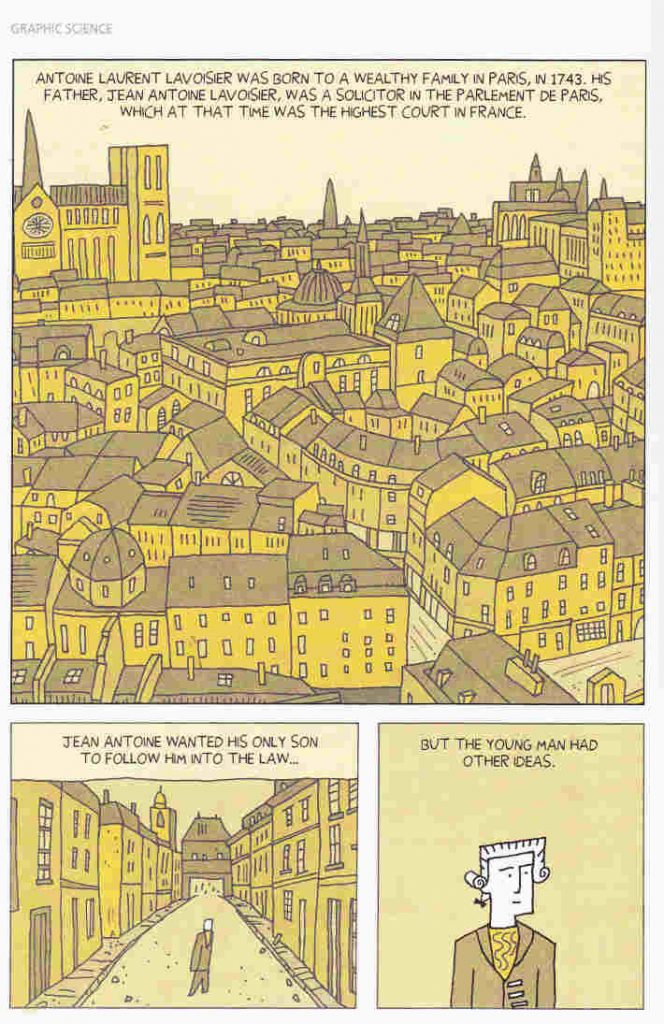 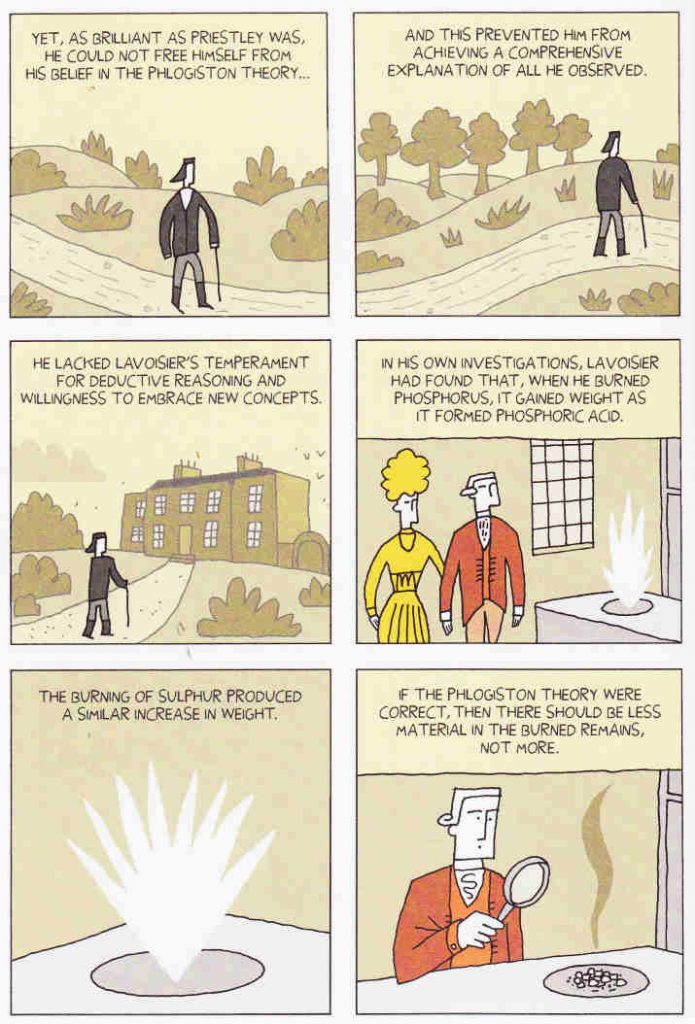 There isn’t room here to go into all seven chapters, but each shares this rather lovely approach – putting the human face on these events, people and discoveries. These aren’t cold facts, or distant historical figures, these are real people, people we can relate to. And while that makes the book more engaging emotionally, it also, for me, enhances the thrill of the discovery, of invention – these are not works by some remote, isolated genius, they are by genuine people, a reminder of our shared human connections, and by extension a reminder that scientific discovery is not just the domain of well-heeled, upper class white males, that all sorts of people from all sorts of origins have – and still do – contribute massively to our shared pool of human knowledge. 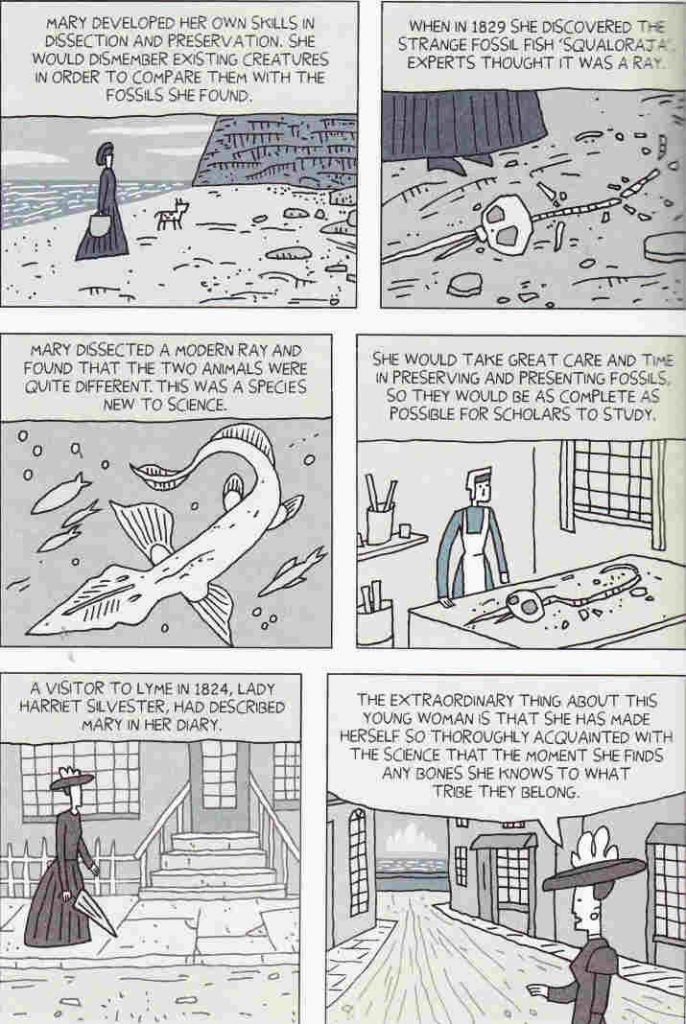 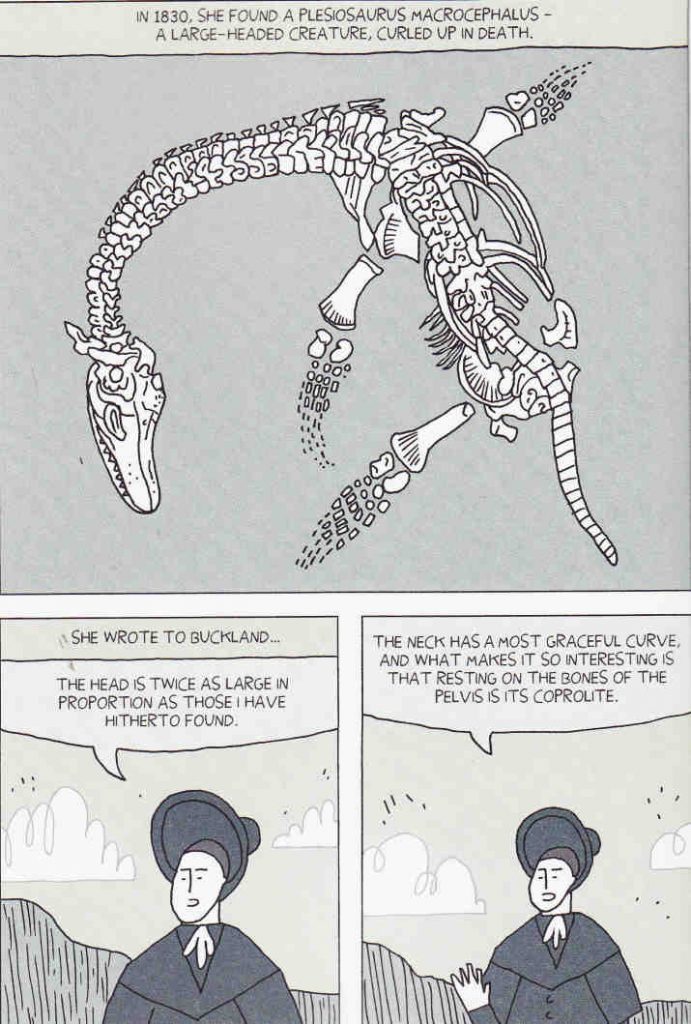 The art retains that nice, cartoony feel of previous works by Darryl, a style which I’ve become very fond of over the years, and which he uses well to denote emotional moments, or to illustrate and explain a complicated point. Each chapter has a limited but different colour palette for the most part, giving each its own look. There are some nice little moments of humour sneaked in their too ( for example, an explorer falls down a crevasse in a glacier, the image shows the hole and a “help!” speech bubble, which made me giggle). While many pages stock to a six-panel layout, some, for good effect, change this, such as a facing pair of two small and one large panel pages as Fred Hoyle’s mind considers the birth and death of stars, or showing the ancient land-mass of Pangea from Wegener’s thoughts on continental drift, one large panel of that long-gone supercontinent, two smaller panels showing the movement towards today, a span of billions of years covered in three panels, a pillar of modern scientific understanding, one we have all grown up with and taken for granted, illustrated as the powerful, divisive, controversial idea it once was (a reminder that our knowledge is not always fixed, that some people can give us an entire new perspective on the world, also that it is no bad thing to ask questions and explore ideas). 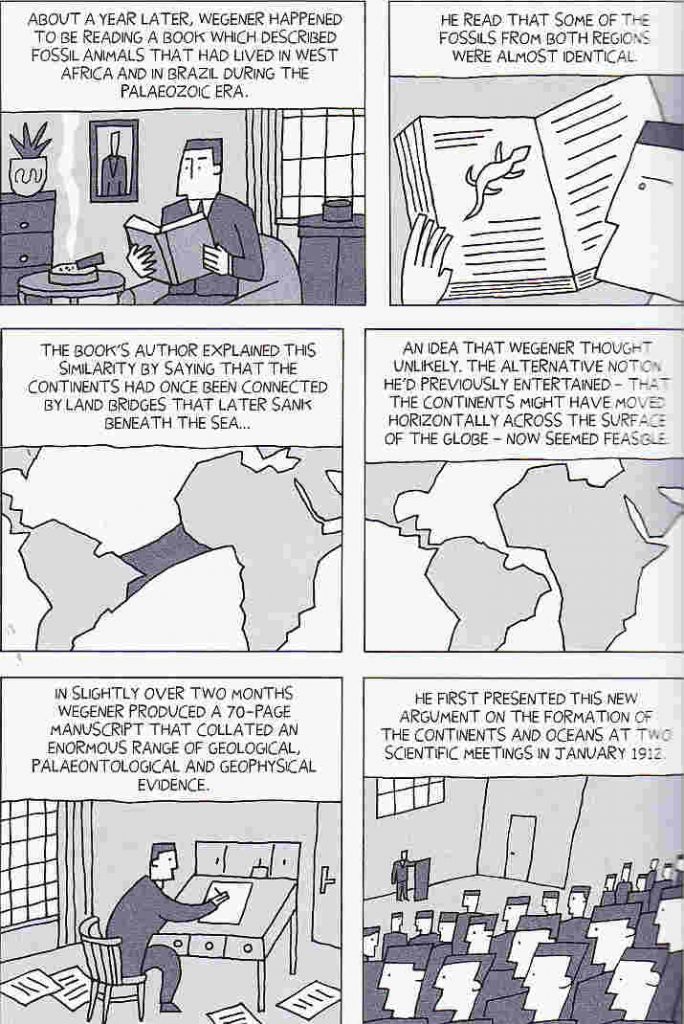 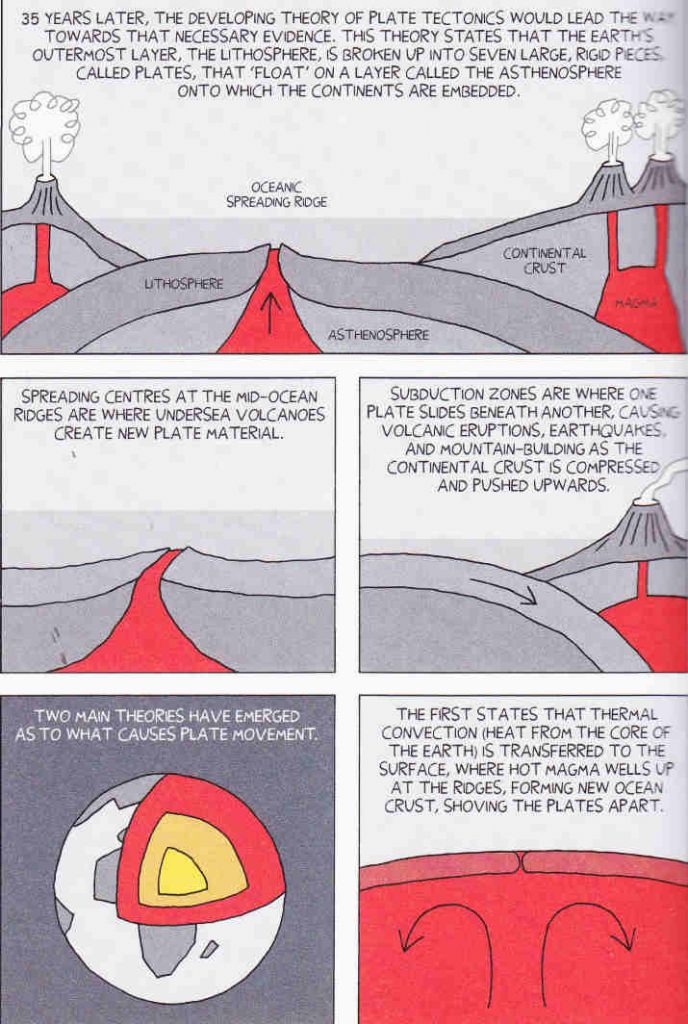 I’ve always had a deep interest in science, a side-effect of a lifetime of reading science fiction, no doubt, and I did actually know each of the people highlighted in Graphic Science, some only a little, others, like Bell-Burnell I knew much more about. But even with the scientists I was familiar with I learned new aspects to their work, to the person themselves, and, crucially, the social, historical and personal context, giving me a much rounder view of them, and a deeper appreciation the discoveries they made. Graphic Science is a rich, rewarding, fascinating and warmly personable view into some of those who, often against the odds, have added fuel to the shining beacon of learning and knowledge which has helped defined our species, our place in the world, our understanding of that world and the vast cosmos around us. A wonderful read.

This review was originally penned for the Forbidden Planet Blog. You can read a guest Director’s Commentary by Darryl talking about Graphic Science here on the FP blog