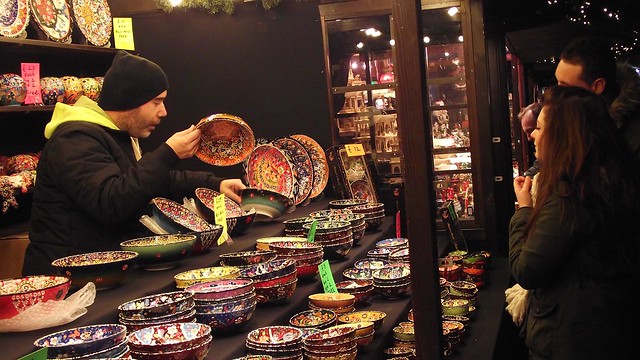 It’s that time of year when the festive market, ice rink and fair is set up in Princes Street Gardens, as well as more in nearby Saint Andrew Square, so I’ve been trying to take a few night-time photos of it all on the way home from work, some with the freshly arrived new camera, but mostly with older camera as weather has been too foul since new picture box arrived to take more than a few pics so far, rather frustratingly. The upper parts of Princes Street Gardens and the Mound by the National Gallery are where the market stalls and food and drink stalls are, while the lower part is where the kid’s funfair is: 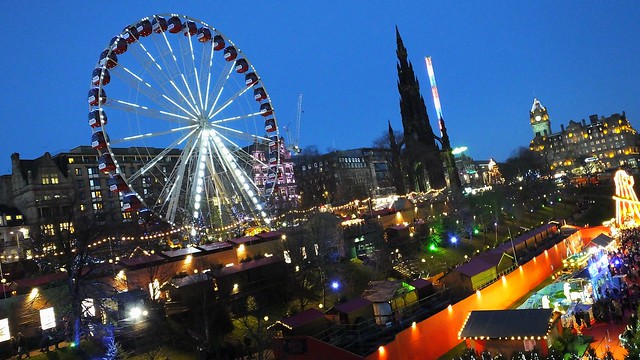 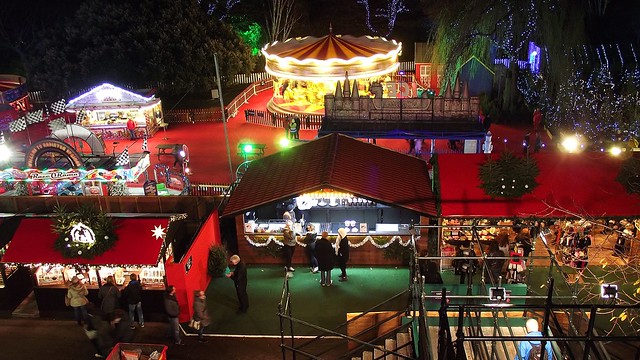 I always enjoy trying to get some pics of the festive market each year, especially after dark (not a long wait for that given it is dark by about four in the afternoon this time of year) and trying to capture images of people and the items being sold. Since this means night shots but not using the tripod (too busy in the market and too awkward) and also not using the flash (too disruptive) it’s tricky to get a decent shot quite often, and a lot of what I shoot will end up being binned as useless, but sometimes they come out not half bad, like this display of metal and glass candle holders (click for the larger images on my Flickr): 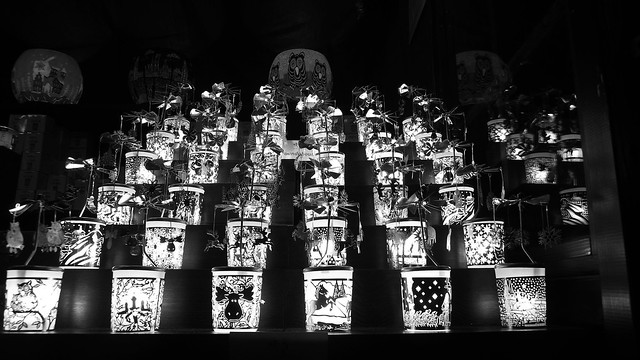 And I like trying to catch some “street” shots, candid moments of folks interacting with the stall holders and food vendors, again often find many pics simply don’t come out, too dark and they are moving, so I get blurred or shaky images, but again every now and then some of them work: 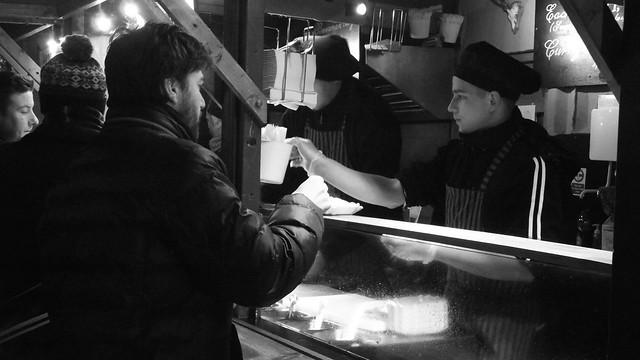 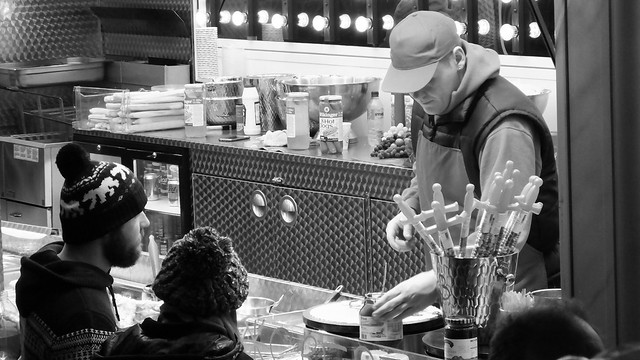 With it being such a very long, dark night this time of year in Scotland, it’s quite a welcome sight to have so much light and life against the winter blackness. This lovely old double-decker Venetian Carousel is especially pretty: 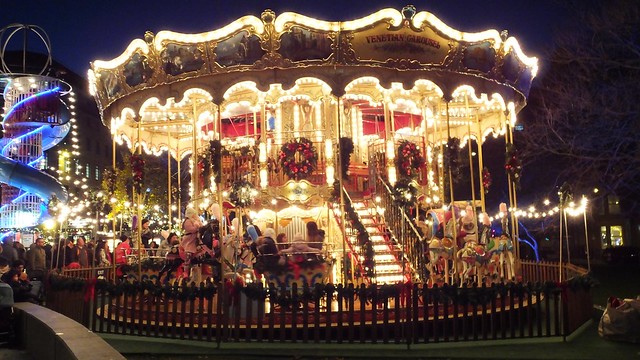 While this other carousel is actually an open air bar (complete with the hobby horses): 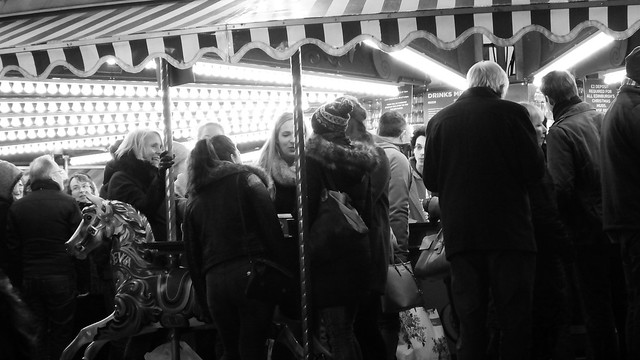 Other parts of town, such as the huge Dome bar and restaurant on George Street, or Ryan’s Bar in the West End are always lit up rather brightly for the festive season: 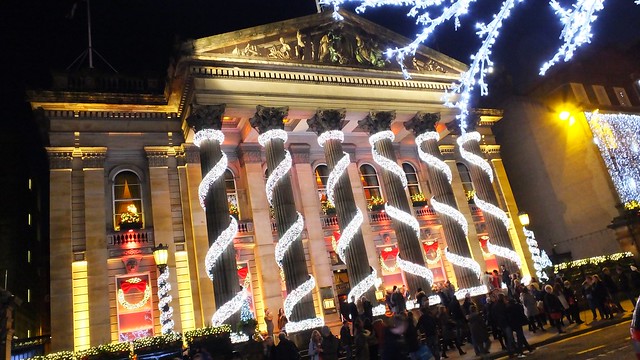 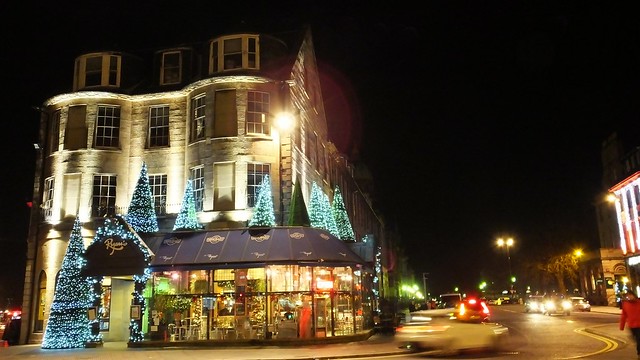 But not everyone gets to enjoy the food and drink and lights and open-air market – this homeless man was wrapped up against the cold and sitting on the pavement just a few feet from one of the entrances to “Edinburgh’s Christmas”: 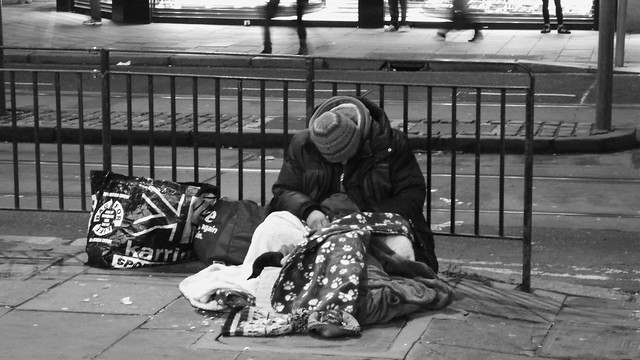