Reading today that the vast knowledge the great consulting detective Mister Sherlock Holmes displayed was due largely to his Edinburgh author Sir Arthur Conan Doyle attending classes at the Royal Botanic Gardens in his teens. One hundred and forty year old records show a young Conan Doyle’s signature for attending his classes, where he would have learned about a number of interesting plants, including the deadly Belladonna, which would prove very useful several years later when he began writing the Sherlock Holmes tales, along with the already very well-known inspiration for Holmes himself which Doyle had in the shape of the remarkable Edinburgh lecturer Doctor Joseph Bell. 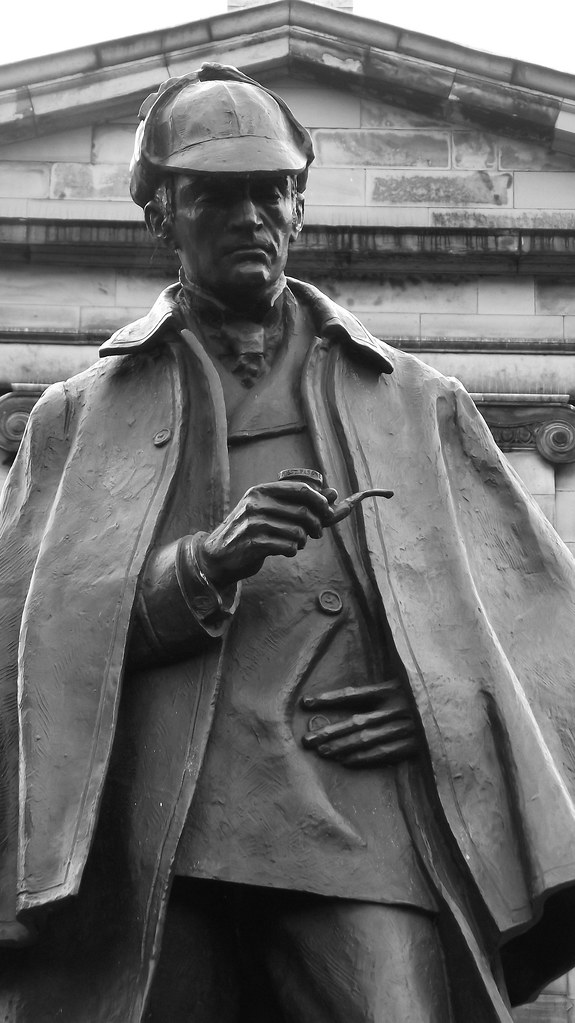 This is one of the things I most love about living here in Edinburgh – not just the very long, rich history, not just the culture (like having the largest arts festival in the world), the amazing architecture, perched in turn on top of even more astonishing geology (giving Edinburgh a skyline like no other and wonderful walking opportunities along streets which curve down and up, and around), it’s the books: this is a city built on literature as much as its geology. Books are everywhere here, and I’m not just talking about the obvious form of bookstores or the Edinburgh International Book Festival (again largest in the world), it’s the way so many corners of this old city are deeply tied to authors and writing, from Robert Burns, Hume and Scott, Stevenson and Doyle to publishers like Chambers with their great reference works. 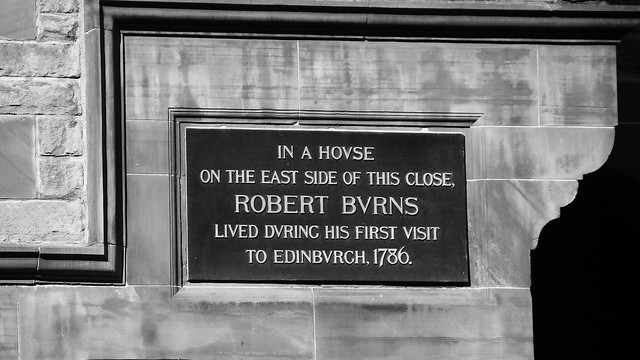 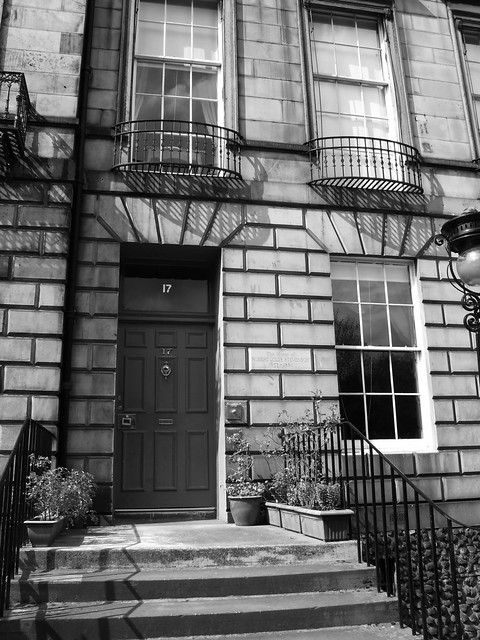 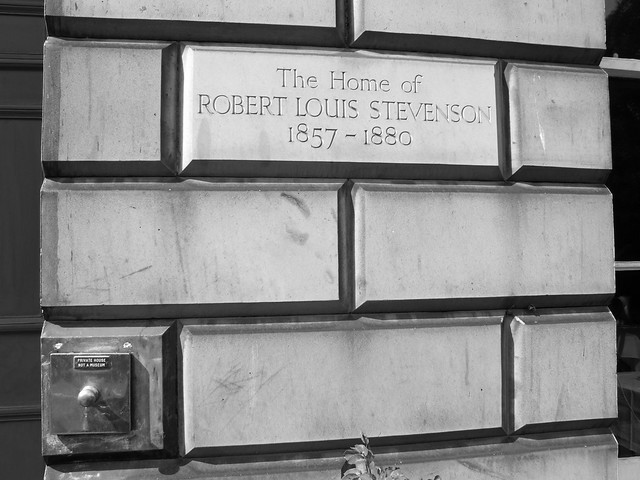 Today you can still see Robert Louis Stevenson or Conan Doyle’s childhood homes, drink in pubs they visited… And it goes on, from the mid 20th century “poet’s pub” in Milnes, where rhymers and bards got together (the Portrait Gallery here has the wonderful painting of them all together in the pub, for where else should a Scots bard be?) to the cafes where a struggling single mother was writing what would become the Harry Potter novels which so galvanised the reading habits of millions of children (and adults!) or a drink in the Oxford Bar where Ian Rankin’s bestselling Inspector Rebus enjoys a jar or three, and indeed it is not unknown to bump into contemporary Edinburgh authors when out patronising one of our city’s many fine drinking establishments, enjoying a small refreshment. It’s a book-lover’s city. 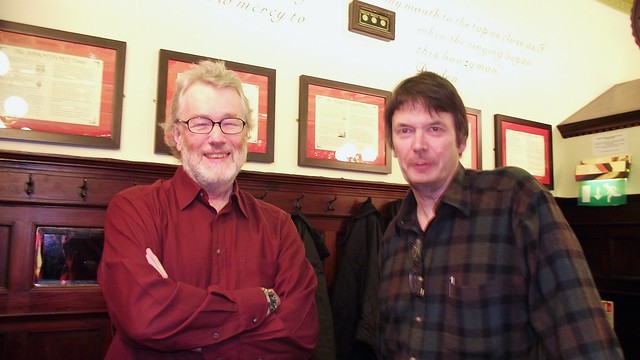