It was the annual Doors Open Day at the weekend and as I usually do I went out exploring. Walked from the lower east end of the New Town back up through the Old Town and to Tollcross before going for a break, several hours of walking, exploring and of course taking photos as I went. I shot a gig of pics, still culling out the duff ones, but one set I processed quickly and uploaded to my Flickr, a set shot from a vantage point I didn’t even know existed. One of the places taking part in Doors Open was the old India Buildings, which used to be offices, including the civic registry office (so there was often a lot of confetti outside the doors). At the moment it is mostly empty, plans in hand to redevelop it into something cultural hopefully, so there wasn’t a huge amount to see inside (apart from a lovely central atrium). However once through a suite of empty, dilapidated rooms on the topmost floor there was a narrow spiral staircase in a corner, only wide enough (just) for one person), which lead up to a small attic room. And as I was thinking, is that it?

I noticed outside the open window a very, very small stone balcony, invisible from the streets way below, so narrow it was only wide enough for one person, so I clambered out the window and along it, and oh, what a hidden and wonderful surprise… Views across half the Old Town of Edinburgh… Including this view of Edinburgh Castle: 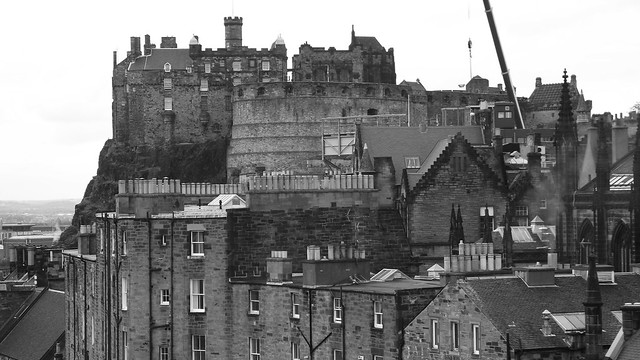 And down into the old Grassmarket area, which contains inns that were old even when Robert Burns came to stay in them, and beyond to the large bulk of the Edinburgh College of Art 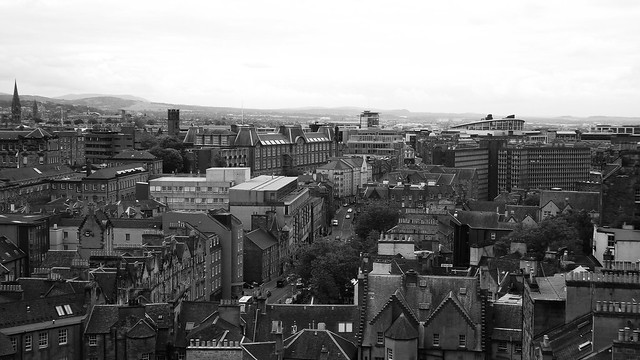 And historic Greyfrairs church and kirkyard, witness to some pivotal moments in Scottish and British history 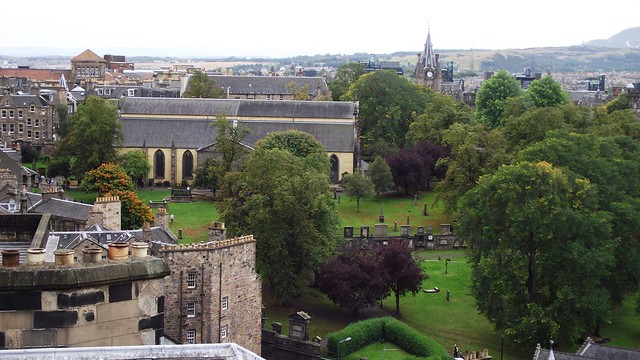 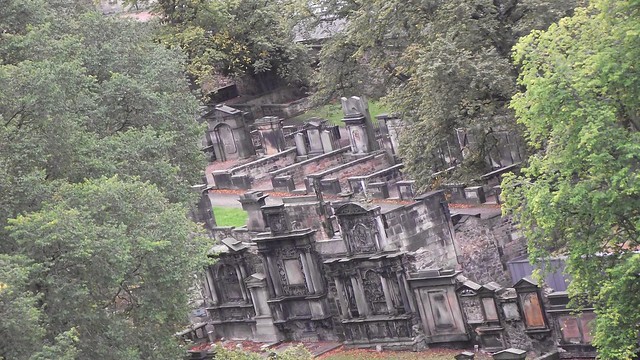 Nearby across the roofs was the lantern top of the enormous Central Library – I’ve been to several literary events in that space (multiple level library room with all those windows so high up flooding it with natural light), but I’ve never seen it from this perspective before 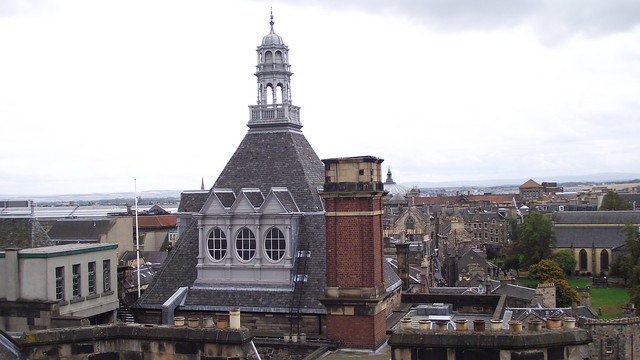 Herriot’s School, looking very much like what you would expect to see if Hogwart’s had an Edinburgh branch 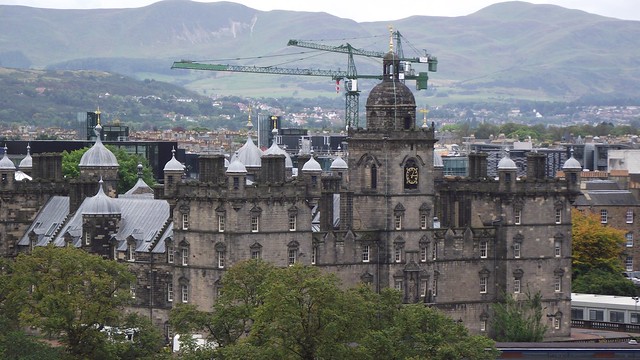 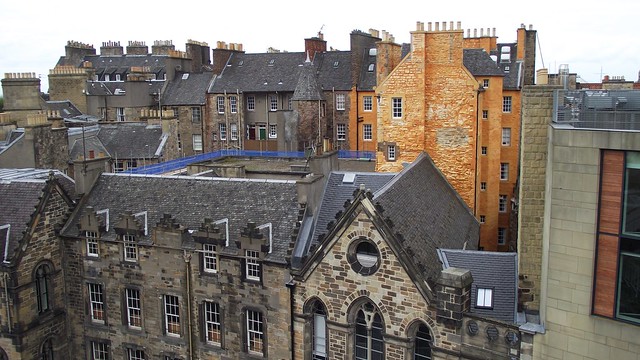 And a view down into Victoria Street, which curves downwards from George IV Bridge down into the Grassmarket, and which is a splendid spot for observing the multiple levels Edinburgh’s Old Town architecture exists on as it straddles the steep slopes of the great volcanic ridge which runs down from Castle Rock to the palace. Normally I am looking up at this scene of multiple levels curving around and above me, but this time I got to look down into it all – quite wonderful experience to see it all from the perspective of the eagle’s eyrie 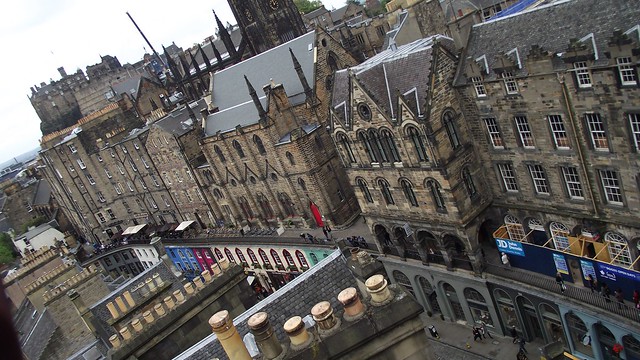 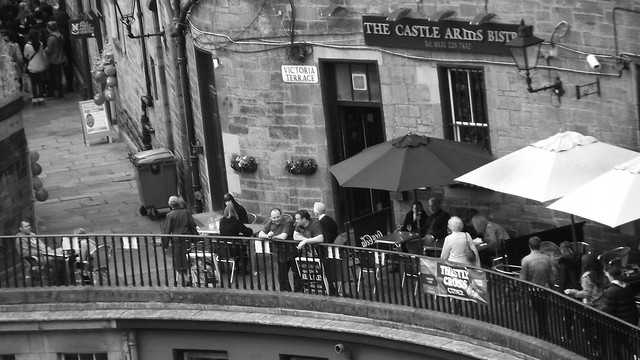 Ah, Edinburgh, you can still surprise me after all these years living here and give me such lovely presents to point my camera at (coincidentally I noticed I just passed the 12,000 images mark on my Flickr photo stream over the weekend). There’s history and geology and literature and more embedded into this hilly, volcanic terrain and towering, ancient structures which rise from the rocks (and often cut deeps into them too, to a world below…), such a remarkable city, no wonder I love living here. 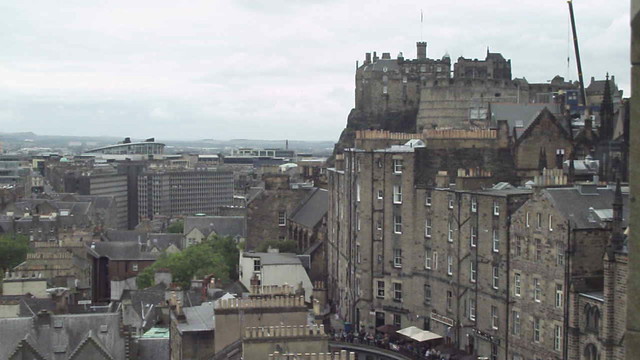