Still largely on my own in the stockroom – the new boss has returned from his holiday and is now bothering his arse about interviewing for a replacement at the end of this week. Which will be THREE weeks since Kerry left and rather longer if you factor in her notice period before this, which, as usual, our management singularly failed to take advantage of. Am I just being silly or isn’t the idea of giving notice to quit so the company can arrange a replacement in time.

Overloaded with massive deliveries – 202 in one delivery alone Monday morning. Thankfully one colleague gave me a hand with getting it in to the store, unlike Friday when I had nearly 100 to drag in by myself. Add in drunken Ned scum in the upstairs hovel of a bar directly across the lane from our delivery door shouting abuse and hurling things at us in the morning and the fact it was pissing down with rain and you have a great fucking Monday start to the week. So many items to be moved and sorted (three full lift-loads and counting today and there’s still more in the loading bay) by the time I sorted through a couple of hundred and matched them to the right numbers it was bloody lunchtime! Honestly, I didn’t actually open a single parcel and receive a single book until after lunch – half the day lost in simply lugging the deliveries down to the stockroom then sorting and matching them.

Reading in the news that twenty years after Live Aid there are now more people in requiring international food aid than did in the mid-80s famines which haunted living rooms as we watched the shocking news programmes. The same week we get a programme on TV with smug bastard Donald Trump and a bunch of wannabe twats who think earning vast amounts of money is the most important thing in life trying to earn his favour for a big job while the cameras watch. Well here is an idea for you, you worthless rich scum – use your organisational talents, company resources and huge wealth TO FUCKING HELP PEOPLE WHO NEED IT. If I can afford to donate monthly to Oxfam on my crap salary then these money-grubbing gits can do something to. Too many people have their values system all wrong.

Finished the fabulous children’s fantasy Wolf Brother just in time to go and meet the author Michelle Paver at the launch in the Scottish Book Trust on the High Street, close to John Knox’s house (he would most certainly have not approved of a woman being the centre of attention being the chauvinistic old git that he was). Michelle was charming and has had some great adventures of her own, including facing down a bear in . Naturally I got my copy signed and she added a cute little paw print stamp to it as well. Some rather nice veggie nibbles and wine added some pleasure.

Full moon over the city – walking back up the historic Royal Mile, past ancient buildings on a cool autumnal evening after the Wolf Brother gig, turning and seeing a gorgeous full moon hanging in a deep blue sky, shining over the nocturnal slumberings of the . At one point it appeared next to the clock tower on top of the old Tron Kirk, making two shiny white circles in the darkness. I had taken my chum Melanie to the launch and to make up for being rather late she took me to Favorit (why name a stylish café-bar after an old Skoda???) at Tollcross for some excellent fudge brownies and coffee on the way home. Hot coffee and choccy cake on a cool evening; lovely.

Seeing my parents who were through for a visit after coming back from their holidays. Plenty of hugs and the Red Cross Food Parcel (visiting parents always bring the best grub!). Doesn’t matter what age you are, there’s little better in this world than getting a huge, long hug from your parents.

Finished Mark ‘League of Gentlemen’ Gattis’ forthcoming novel The Vesuvius Club. The tale of Mister Lucifer Box, Esquire, an Edwardian dandy, rake and secretly His Majesty’s top intelligence agent, foiling dastardly foreign devils bent on anarchy and overthrowing the Empire while enjoying the company of young ladies (and occasional boys – well he is a Bohemian). Very funny stuff, written in a pseudo-Victorian Boy’s Own style. And just in time my chum from dropped me off a copy of Jonathan Strange and Mister Norell as I finished Vesuvius. It’s getting a lot of press just now, a huge (oh yes, back to the 800 pages plus tomes for Joe) novel, again written in the Victorian style detailing gentlemen magicians in 1800s . And no, despite the lazy hacks of the press referring to it as a ‘new Harry Potter’ as they do for every new fantasy it is nothing like that puerile and derivative nonsense, it is rather gorgeous and beautifully written. Don’t take my word for it – Neil Gaiman has heartily endorsed it.

We have a special exclusive slipcase edition at Waterstone’s and we’ve had umpteen emails from trying to purchase multiple copies. Rather obviously they are dealers posing as normal customers trying to get hold of as many exclusive copies as they can so they can then sell them alter for a tidy sum – the cheeky buggers have been emailing every single Waterstone’s in the UK but have been told they can’t purchase them (good – I hate the fuckers who buy up books like this just to speculate on them; we had a wanker in London hoover up all of our (limited) hardback copies of Alistair Reynolds first book a few years back then re-sell them for ten times the original prices. Still, I have my advance proof for it, which is even more exclusive, except I generally don’t flog my books). 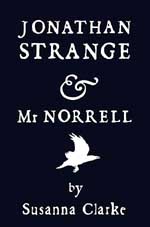 Watching Sky Captain and the World of Tomorrow at the weekend (I find it hard to say it without the Futurama pronunciation on ‘world of tomorrow’). Very silly film indeed with minimal story and little attempt at characterisation, but boy does it look wonderful! And besides the 40s serials they mimic so well often had pretty simplistic narratives and characters but I still love those too. For every kid who ever watched the early morning repeats of Flash and Buck Rogers during the school holidays and saw past the dodgy costumes and effects to a magical and hugely fun story (I had to explain to Melanie who Larry Buster Crabbe was though!). Almost all of the sets are virtual and the colours have been almost entirely washed from the film so it is almost, although not quite, monochrome while it creates a fantastic alternative 1940s with retro-futuristic machinery (check out the Hindenburg III docking at the top of the at the start). It sports a number of references – notably to the aforementioned old Republic serials and their ilk of the 30s and 40s – but also to other sources such as The Shape of Things To Come, When Worlds Collide and even Spielberg’s 1941. Yes, it is very silly, but it is so much fun and doesn’t pretend to be more than it is.