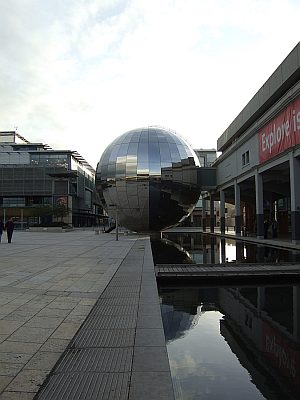 I got lost trying to get from the comics expo to my hotel; well, I say lost, actually I navigated my way perfectly well to where it was supposed to be according to Google Maps, except it wasn’t there. Neither was the lane it was supposed to be on. Check my little printed out map – so organised, navigating my way in a city I’ve never been to before quite well, shame the hotel wasn’t there! Check street names, yup I have come to the right spot on the map. But no hotel and no lane for the hotel… After several circuits of the block it should be on I spot a branch of Stamfords, the travel book specialists and try in there – a look in their A-Z maps shows the street isn’t even on the print maps. Sinking feeling. The helpful bookseller recognises the name of the hotel though and points me over the river to an area being redeveloped (hence why not on the map yet, I suppose), so an extra few minutes later and finally I find my hotel and can check in. It turned out to be right behind this retro-futuristic silver sphere by the riverside. 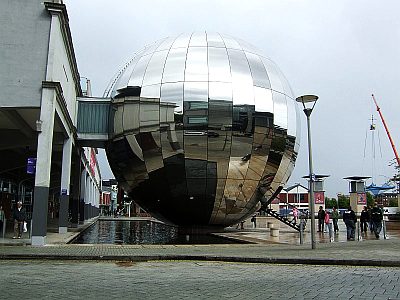 Now I knew where the darned place was in relation to the convention I walked a different route back this time (luckily I have a knack for working out my way round places, so I thought I’d get at least a tiny bit more of the city as I went back and forth). Just past here on the riverside there were lots of bars and restaurants; after a showery day the evening became clear, warm and sunny, quite perfect for a walk back (and it was nice to see Edinburgh doesn’t have the monopoly on badly dressed hen parties on Saturdays!). 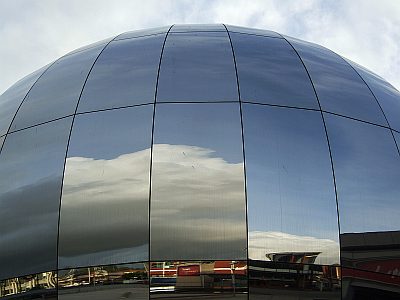 After not having much time for a proper meal during the day it was time for some decent nosh and oh my, what’s this, a gorgeous cool ale from the local Butcombe Brewery (Butcombe Gold, I think I just found my perfect summer ale, must see if the local Wetherspoon here has it). 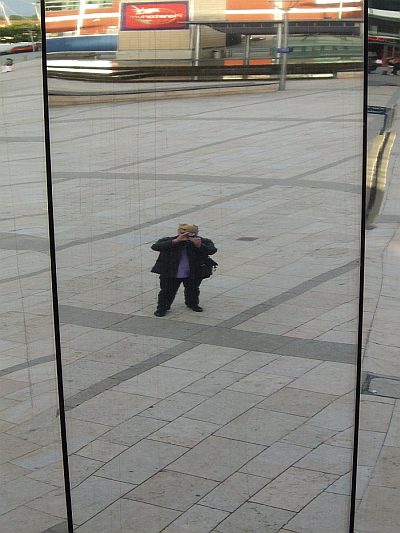 Just what I need, a reflecting surface which makes me look shorter and fatter… 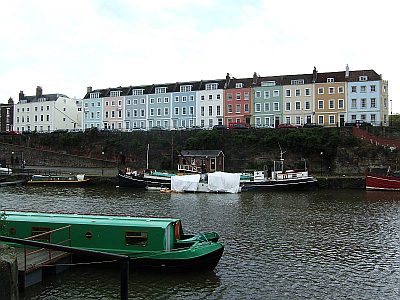 I liked these colourful old tenements overlooking the river – the Bristol version of Balamory :-)? 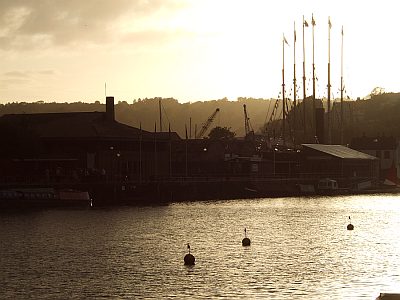 Just across the river from the hotel was Brunel’s great S.S. Great Britain, although sadly seeing the masts of this revolutionary huge steamship was as close as I got to her.