To sail on an infinite sea

Yvonne drew my attention to this new crop of stunning images from the NASA and European Space Agency’s Cassini mission and the gorgeous images it is bringing back, including discovering a new, faint ring around Saturn. 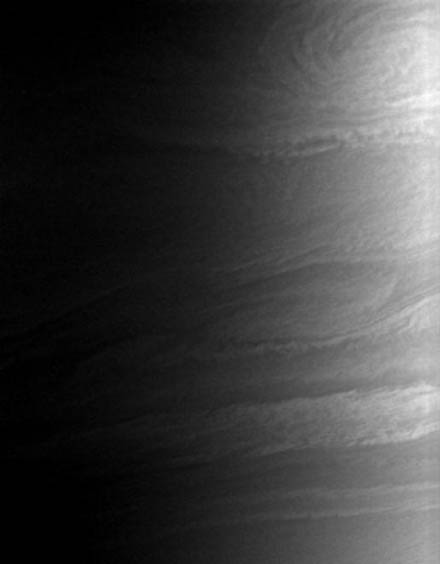 Yes, it is a picture of clouds – so what, you may ask? These are clouds on another world as the distant sun dawns above them. Sunrise across the clouds of Saturn. Think how many centuries astronomers have spent peering through telescopes at this huge, ringed world but they have never seen this sight until now. 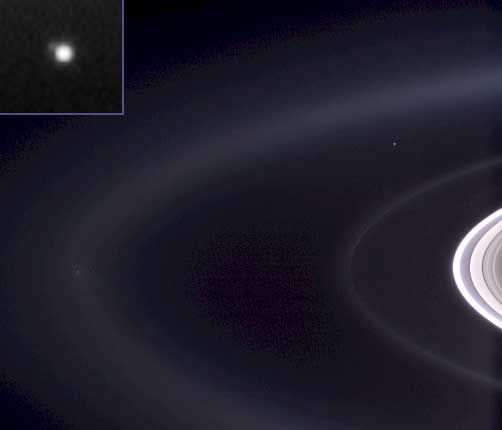 And look at this; the shimmering rings of Saturn, glittering like a necklace of precious gems in the light from our sun. And that little dot, above and to the left of the rings. That little, blue dot. One tiny, little insignificant blue dot which harbours the deepest oceans, teeming with life, enormous mountains which birds soar around; roasting deserts and dense forests both, long, low, rolling plains, sculptures of ice and rock and covered with creatures which swim and walk and fly in every niche of this rich little dot. Welcome to Planet Earth, next exit ramp on the right after the service station at Mars.

It doesn’t look like anything special by planetary standards; it isn’t especially big and although it may seem ancient to us it isn’t by the standards of the cosmos. And yet everything every single person in our shared history has even been, right back through the millions of years to our most distant ancestors, from ape-men to humans, from the smallest child in Nairobi to the scientist being awarded the Nobel Prize, from making notches on animal bones to Shakespearean sonnets, from a modern city like New York to ancient Sumeria, from the flint tool to the internet, from the T-Rex to the domestic pussycat and every single person you’ve ever known or loved, every single soul there’s ever been. Absolutely everything. All on that one little dot, adrift on a black ocean so vast it may as well be infinite and here we are taking the first tiny, little steps out of that cradle, raising our little sail and preparing to set out just like our distant ancestors did on reed rafts thousands of years ago on the oceans of this blue dot.

It reminds me of the ‘family portrait’ NASA had Voyager take (largely at the insistence of the late Carl Sagan; boy we could do with Carl today to fight the corner of reason against ignorance, he’s badly missed). As Voyager left the last of the planets on its astonishing mission the tiny probe turned its cameras around to take a view of the whole solar system; Earth was the smallest dot, barely a pixel on the image; like the Earthrise photo taken by Apollo 8 astronauts when they first circled our moon, coming out of the shadow of the dark side to see the whole Earth rising above the moon it is a picture which can change your perspective. They were at that point the furthest away from home any humans had ever been, three men alone in the dark until the same sun we see shining through the rings of Saturn brought them out of the deepest, loneliest dark and illuminated the entire world before their eyes. 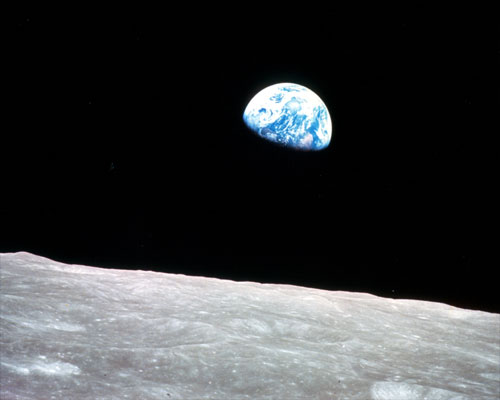 It was, as Al Gore points out in An Inconvenient Truth, the first time the human race saw the whole Earth from a distance, seen first by three men thousands of miles from home in a tiny, primitive spacecraft with less computing power onboard than a modern cell phone has. How anyone can look at such images and then still pollute our little dot is beyond me. How anyone can look at such images and want to kill another person instead of embracing them as a part of the most incredible thing in existence is beyond me. Being insignificant and being everything at the same time? No, that’s not beyond me; that I get, it’s eternity and a grain of sand and the infinitely large made of the infinitely small and all filtered through our perceptions; we’re nothing and we’re everything at the same time. Wow. I think I just got high with no drug assistance. I think 2001’s stargate just opened in my head and it was one hell of a ride. Try it.