Given today’s anniversary I didn’t feel like writing one of my sarcastic posts, so instead I thought I’d post a couple of late summer pics, taken on Portobello Beach, Edinburgh Riviera (okay, maybe not, but on a nice day it is terrific to have the beach so close to the centre of Edinburgh). 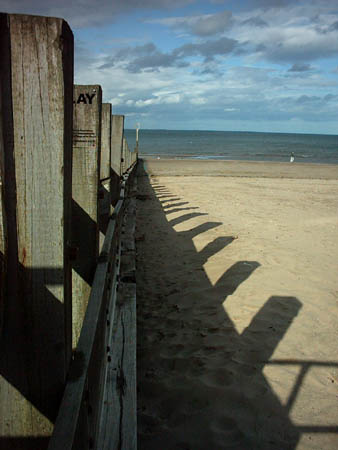 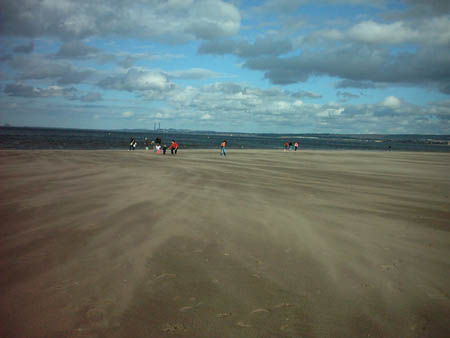 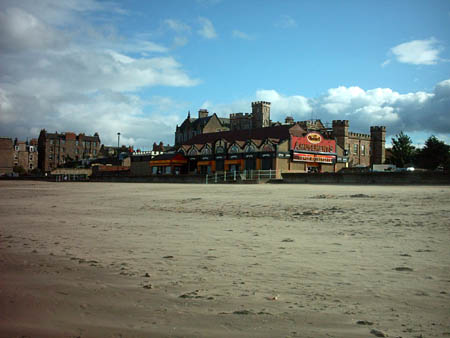 And a couple of last Festival pics for this year, as summer fades into autumn 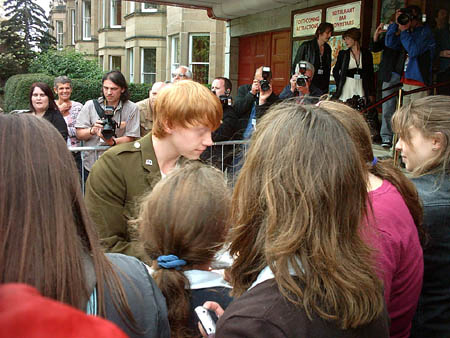 Harry Potter’s mate Ron (aka as actor Rupert Grint) arrives for the premiere of Driving Lessons and has to run the gauntlet of many young girly Potter fans (sooooo many teen girls at a British comedy with Julie Walters, sure it was nothing to do with the presence of one of the Harry Potter film stars…). 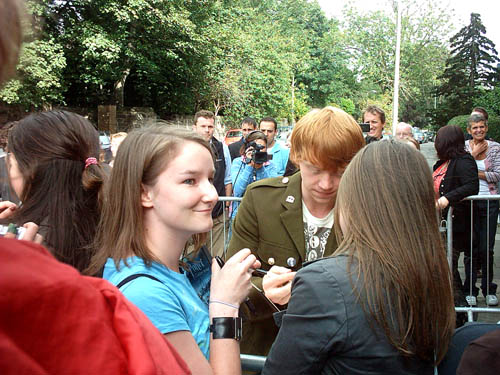 “The carnival is over, the fabulous freaks are leaving town” 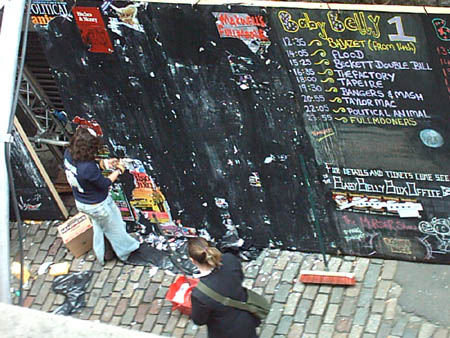 Remember the pics of folks getting one Fringe venue all ready for the biggest show on Earth I posted in August? Here is the same bit only a few weeks later, all being taken down. The city is still half-covered in fly posters for a thousand and one Fringe shows, redundant now the circus has left town and slowly fading to monochrome, peeling and flaking to fall away just as the leaves will do soon. Autumn is coming; I’m not sad at summer’s end though as the long, golden light of Scotland in the autumn is simply gorgeous, warm, luminous. And it means piles of leaves for me to kick! Melanie despairs of the fact that I never grow out of this habit, but I maintain kicking big piles of dried leaves is a sacred ritual of autumn. And I like it. 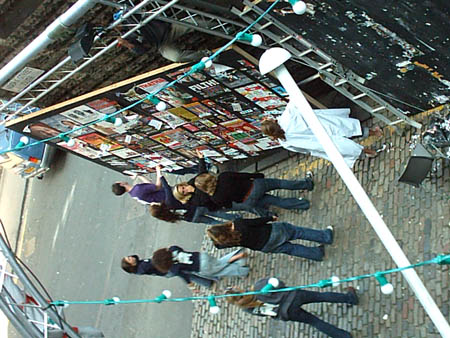