Just before finishing up last night for the Easter weekend break (viva choccy eggs!) I received an email from an author well known to the online community, especially Boing Boing readers, Douglas Rushkoff. Doug has a comic series currently coming out from DC’s mature readers imprint Vertigo called Testament: Adekah which explores the Bible and religion via information and knowledge theory. It’s very intersting stuff and bound to annoy the hell out of some folks, especially in America, but since the sort of folks who find this offensive don’t generally read a lot of comics – or indeed read that much at all I expect – and will probably condem it without reading it as they usually do who gives a damn what they think about it? I’m certainly intrigued and will be nabbing a copy of the graphic novel version when it comes out in July. 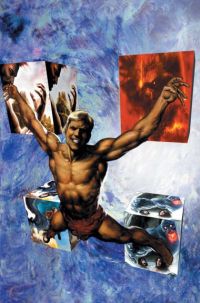 “When I wrote a book presenting the Bible as an “open source” collaboration, I was blacklisted by fundamentalists of more than one religion. They just didn’t want their story messed with – even though I had been able to prove it was written with that very intent!

Businesspeople, religious people, educators, and publishers are all equally threatened and confounded by the idea that real stuff is actually occurring in the gaps between the moments that pass for history.

And that’s when I realized the perfect place to tell what I’ve come to believe is the *real* story of the Bible: comics.”

You can find the full text of Doug’s thoughts on the Testament mini-series over on the FPI blog. Also on the cool graphic novels to watch for theme, Gilbert Hernandez, one half of the magnificent Los Bros Hernandez who brought us Love & Rockets, one of the most important series in independent comics (and one which appeals to many folks who don’t usually read comics or graphic novels), has an original graphic novel coming out from DC this summer. Sloth follows a kid struggling with teen life who wills himself into a coma for a year, only to find things even weirder when he wakes up. 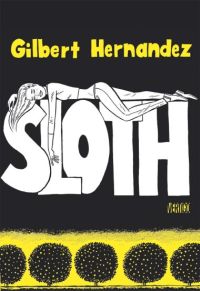 And on the more unsual comics front an autobiographical work is due this autumn from Marisa Marchetto; Cancer Vixen details her struggle as a Sex and the City type o’ gal suddenly faced with her mortality when she is diagnosed with cancer. As the title implies she refuses to be a victim as she fights for her life and you have to admire a book with a tag line like this: 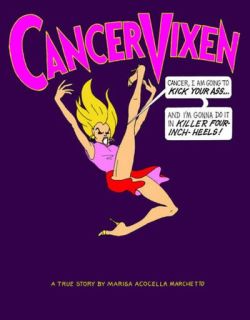 Comics – they’re a more diverse medium than most folks give them credit for.