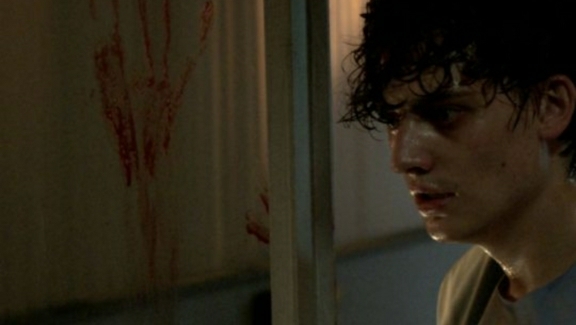 A group of strangers head for a very modern, hi-tech yet remote medical testing facility hidden away in the British countryside. All have volunteered to take part in the regular human trials that are part of testing new drugs and treatments to finally have them licensed for human use by the medical professions. Some are studenty types doing it to make money, some are ‘profession’ lab rats who go from test to test, one is a journalist planning an expose on how these massive pharmaceutical companies exploit people in need of money to give up their body as a test bed (and let’s not forget what a massive business such pharmacological research is in the UK and the fact it can’t really function without such tests).

The test runs for two weeks, during which the mixed group of older and younger, male and female test subject will live in the remote facility where they will constantly be scrutinised and monitored as they are administered a new experimental drug called Pro-9. No nearby village or town to wander to, no internet access, no mobile phone access (the undercover journalist is less than happy – I need the phone for work, she says, this is your paid work for the next two weeks, the Doctor reminds her). Through the first day each of the group is taken in turn and after a blood test administered their dose of Pro-9 then told to relax, enjoy the facilities, eat, sleep. By the end of the day as they all take their turn in the lab our small group are starting to tentatively bond a little in the rec room, sensing out each other. They think they are in for a long, slow, boring two weeks of daily routine. They’re not – many won’t get through the first night. There’s more than a little ‘adverse reaction’ to Pro-9…

Because each member of the group was taken in at various times through the day for their first injection the resulting effects start to appear in sequence with each, and this is part of the strength and dawning horror of Guinea Pigs – when the first to be injected starts to react badly to the drug during the night the other think it is because he broke the rules and did some strenuous exercise and it has accelerated the drug through his system. He is taken away for treatment by the staff and everyone ascribes it to a one-off complication, until the next person to be injected starts to show similar symptoms and they others realise not only is something badly wrong, but that they are really looking at what may happen to them. It’s a very clever touch by Clark and his team – imagine knowing too late that this drug is driving people into an uncontrolled frenzy and that you have taken it, that it is simply a matter of how soon, not if, you develop the same symptoms. 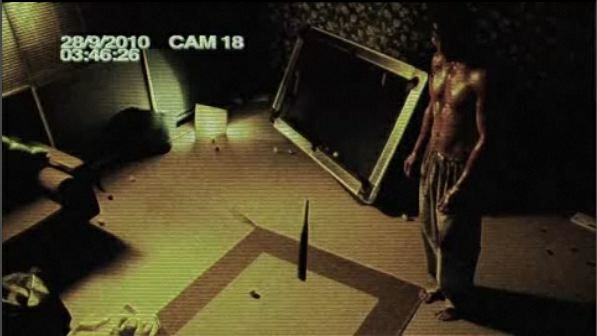 The situation soon deteriorates beyond the ability of the small night staff to contend with and we move to a fairly familiar small group under siege by crazies scenario – pretty common in a lot of horror, but I have to say well-handled here. Instead of the sudden emergence of a strong heroic type we have ordinary folks faced with an unthinkable situation and trying desperately to think on how to survive not only the other infected now prowling the grounds but how to deal with their own likely transformation that looms over them. And then there’s the fact that each of them is now looking at their rapidly diminishing group and thinking the people they have befriend could soon turn on them. Natural empathy for someone becoming ill wars with the self-preservation instincts: how can those not yet showing symptoms turn their back on friends who are? But if they follow that human compassion they could pay with their lives…

Although in some ways it strays close to the zombie/28 Days later model (which, whatever Danny Boyle says let’s be honest is another form of the zombie movie) Clark keeps his debut tight and focussed. He doesn’t go for cheap splatter (there is blood, but in context, not just added in to try and add an unnecessary thrill), likewise he avoids using the easy ‘jump’ scare approach too many lazier horror directors opt for, with a sudden jolt cut, loud effect or music piece to make the audience jump. I don’t mind a decent jump shock if used well (say the head out of the boat in Jaws) and I have no problem with gore in horror either, but I do have an increasing problem with untalented creators who use both far too frequently not for good effect but in lieu of being able to generate genuine atmosphere and scares by storytelling and good camera work. So thank you, Ian, for not doing that, for instead being confident enough to believe in the strength of your concept and characters to carry enough horror and chills. I think, debut or not, that is the mark of a talented storyteller and it means I will watch for the next film Clark makes. Highly effective, tense British SF-Horror and a perfect late night movie – it is currently on the festival circuit trying to build some awareness, so if you see it coming to a screening near you give them some support, they deserve it. (writer/director Ian Clark, second from right, with some of his crew at the late night Edinburgh Film Festival, pic from my Flickr)