Yvonne tagged me for a random book meme. I don’t often follow up on memes, but since this was a book based one I couldn’t resist, so here’s how it works:

I’m guessing that to do it properly you have to indeed pick up the nearest book and not go rummaging for something you think will give you a cool quote; I picked up Bryan Talbot’s excellent graphic novel Alice in Sunderland and page 123 just happens to be a page executed in a 19th century style of illustration quoting from Lewis Carroll’s Jabberwocky:

“Beware the jubjub bird and shun the frumious Bandersnatch! He took his vorpal sword in hand: longtime the manxmome foe he sought. So rested he by the Tumtum tree and stood awhile in thought.”

And I hereby tag Ariel, Jeff VanderMeer, Padraig, Richard Bruton and George Wakley: let me know in the comments if you decide to follow up on it, geezers. And if any of the rest of you fancy trying it, go ahead! 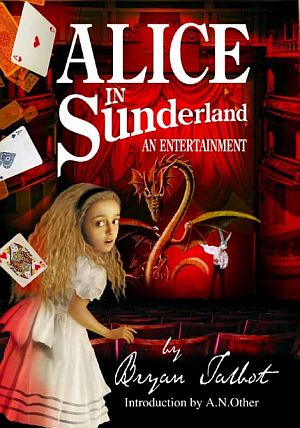