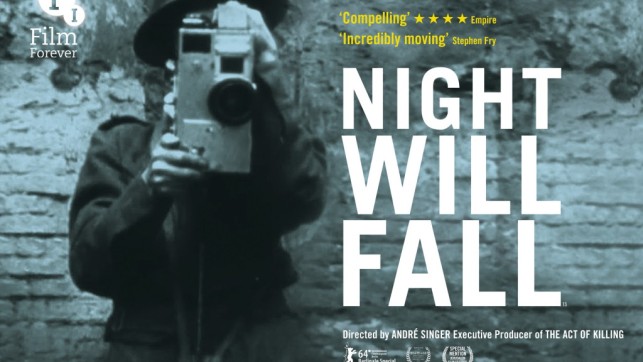 David Irving (I refuse to give him the honorific of ‘historian’) has been jailed by an Austrian court for Holocaust denial, a crime in both Austria and Germany. I’m more than a little conflicted, I have to confess – I loathe this odious little apologist for Nazis and genocide (the shame being that apparently once upon a time he was a pretty good and knowledgeable historian) but although I despise people who persist in this fantasy of Holocaust denial it also troubles me that it is a crime punishable by jail (although obviously this is an offence with more troubling resonance for citizens in Austria and Germany than for most other nations, excepting Isreal).

It is pretty hard, if not impossible, to believe solidly in the freedom of expression if that freedom is not afforded to those who we not only disagree with but actively despise. And those of us in the bookselling trade have special reason to dislike this man, over and above his despicable lies on the Holocaust: when booksellers (including some of my colleagues in my former employer years back) refused to stock his books he launched court actions against them. Not the shops, the individual booksellers in those shops. Fortunately the company put up lawyers and he was laughed out of court. He continued to shuffle sadly around the country preaching to right wing fantasists and attempting to sell copies of his books from the back of his car and being abusive to bookstaff who said they had little interest in stocking it. Perhaps that is in itself a mild form of censorship, but booksellers should be able to decide that there are certain books they do not want to sell without fear of litigation from bullies.

Then he attacked Deborah Lipstadt (he has a history of using the courts to bully people) and found that she and her publisher Penguin were prepared to go the whole nine yards in a British court with him. He lost the libel case and was officially labelled a Holocaust Denier by a British judge, meaning we could all now apply this to him without him suing us. I ordered in a pile of Deborah’s book and we sold a ton of it – Irving was bankrupted and as such unable to run a new book company. His right wing chums stepped in to help by reprinting his tat on his behalf. Sad enough, but they also employed dishonest advertising, including taking pictures of Hitler and his senior staff used on one of the covers and arranging a picture so it looked as if they were standing around a table in a bookstore of my former employer, making it look as if they were behind his book, which they most certainly were not – nor were they happy to have their logo co-opted in this way. Gives you more of an idea of the sort of person you are dealing with, doesn’t it?

But I don’t like the notion of making the expression of a distasteful idea against the law; it is in essence what Tony Blair is trying to ram through Parliament right now with his ‘glorification of terror’ clause, which is vague and could mean almost anything, potentially threatening books, newspaper articles, books, TV, film and stand-up comedians with a possible legal attack. And it is pointless – it is not needed to tackle people such as Hamza who was recently convicted without such legislation or the creeps who marched in London after the Danish cartoons with placards which called for the beheading of those who mocked Islam or for Europe to be punished by terrorist attacks; these are all crimes under existing legislation. Even someone like me who believes in freedom of expression draws the line at people who call for harm to another and this is already dealt with under law – Blair’s new addition would create such a vague potential threat it would restrict free speech on important issues for no gain in security.

Farrah Mendlesohn, a well respected critic and writer in the SF community is so irritated that she is putting her own time and money into a new anthology of stories which would all fall foul of this new law if it goes through. And that’s what we do in a free society – we do not say we are free to speak as long as we don’t offend anyone or say something most people know to be false; no we engage in debate, write articles and books and demonstrate to those people and to society at large how wrong they are and why they are wrong. Details of Farrah’s project can be found here on Notes From Coode Street.

Still, it was hard not to smirk when Irving got sent down today; he reversed his previous claims that the Holocaust was a myth in order to weasel out of his charges. He knew when he travelled to Austria that he had an outstanding warrent for this offence from years previously, so it seems obvious he assumed either he would not be charged or he would be charged but not jailed, thus reaping the publicity and esteem he craves but which his ridiculous books have made impossible from most historical readers or academics. He told Channel 4 News earlier that he had booked a first class ticket home on a plane for this evening, so cocky was the little sod. So it is rewarding to see such a weasely and smug little git falling on his own face – and because of his own arrogance. But again I’m not happy about the restriction by law on anyone’s freedom of expression, even little creeps like him. Freedom of expression, like freedom of all types, is a double-edged sword, but one which must be applied equally to all or it is no freedom at all.