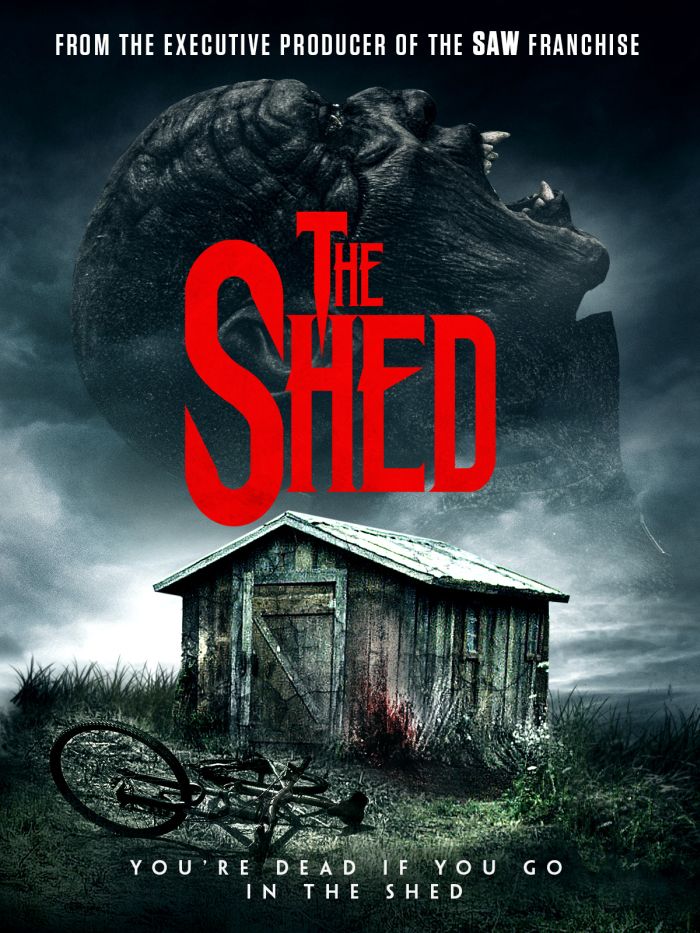 I’m pretty sure we’re all familiar with the monster in the closet, or under the bed, or the basement. Sabatella’s Indy horror moves the monster action to the most innocuous of domestic locations, the garden shed. There’s no messing around, we are dropped right into things from the start with little preamble – a hunter, out in the woods with his rifle, is now the hunted, fleeing from something barely glimpsed, something his bullets will not stop. A vampire.

And not a pretty, sparkly Twilight vampire, or a swooning, handsome Anne Rice vampire, nope, this is a pretty horrible looking predator, a proper monster. And he catches his prey, but as he bites into the hunter (Bane, played by Frank Whaley, who you will doubtless recognise from a myriad TV and film roles, from Luke Cage to Pulp Fiction) he realises he’s made the classic bloodsucker mistake – he’s stayed out too late. The rising sun pierces the forest canopy and burns him; staggering back in pain from his prey, he’s exposed to direct light and then it’s time for ashes, ashes, we all fall down… 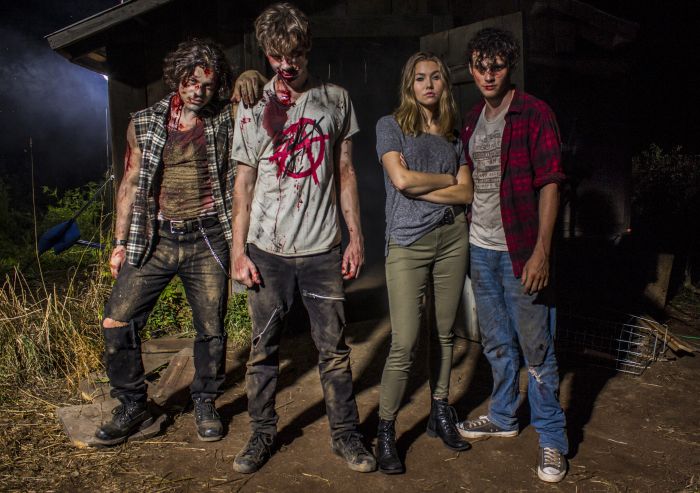 Given our monstrous vampire has just been introduced and then dispatched in the opening few moments, where is The Shed going from here? Well our now dusted vamp had bitten Bane before his severe sunburn got the better of him, but he didn’t finish off the fleeing hunter. Wounded, Bane tries to rise, still shocked from the realisation that vampires exist and he had just been attacked by one – and survived. Or has he? His arm enters a shaft of light breaking through the treetops, and he too burns. Looking at the pile of smoking ash that had been the fearsome vampire, he realises what has happened to him, and that if he doesn’t want to die the same way, he need shelter from the daylight.

It really is a remarkably efficient and swift setup – this opening takes only a few moments and already we’ve had a vampire attack, Bane infected, then having to make a run for shelter, finding the tool shed in the garden of Stan’s house (Jay Jay Warren), an orphan living with his grandfather (veteran actor Timothy Bottoms). There’s even a nice little nod to Katherine Bigelow’s classic vampire Western, Near Dark, as the unfortunate Bane grabs an old blanket to wrap around his head as he has to dash across the open ground in full sunlight, before finding sanctuary in the shadow of the eponymous shed.

Stan’s life is not a happy one – his mother and father are dead (a dream sequence hints at illness and suicide), he’s spiralled into petty infractions of the law and is now living with his grandfather, Ellis, his last option other than Juvenile Hall. And to make it worse Ellis is the “you kids today are too soft, I was in the army being shot at when I was your age” kind of brutish, unfeeling man, totally unsupportive of his clearly emotionally damaged grandson. He and his best friend Dommer (Cody Kostro) have it no better at school either, both being at the bottom of the food chain, Dommer in particular a target for the bully brigade, and even Stan’s former crush, Roxy (Sofia Happonen) has joined the clique of the nasty kids. 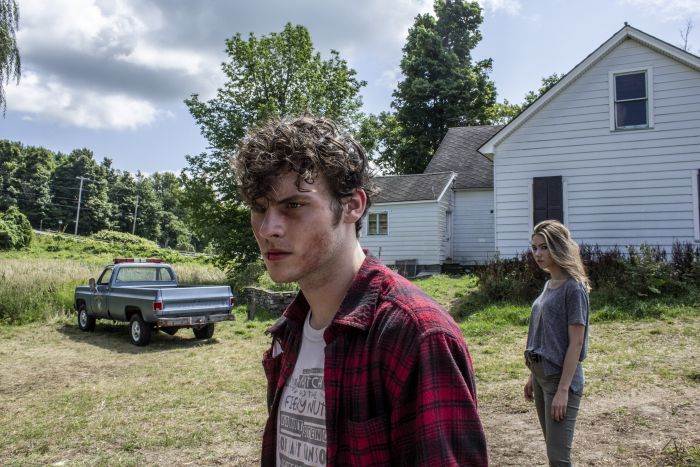 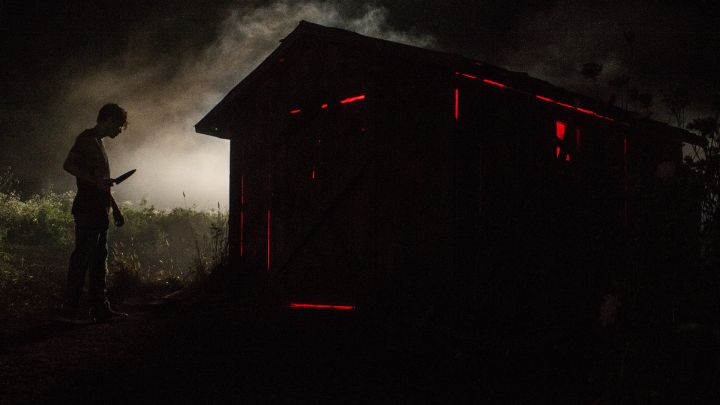 Unsurprisingly both would love to be free of their tormentors and their situation, and when Stan first discovers Bane, now transformed into full, bloody-thirsty vampire mode, is hiding in his grandfather’s shed, Dommer sees an opportunity to turn the tables. What if they can lure the bullies here, get them close enough to the shed door to be grabbed and dragged inside? Stan is horrified at the idea – no matter how much he despises the bullies, feeding them to a monster is wrong. He wants to figure out a way to deal with this, while not letting the authorities know (with his record he worries he will take any blame), but Dommer, poor, damaged Dommer, has been beaten up and abused once too often, he wants them dead, and in as painful and terrifying a manner as can be managed.

While not spectacular, I think Sabatella and his cast and crew did a great job with limited budget and resources. Yes, there are some flaws (aren’t there always?) – dream sequences that get confused with reality are a bit over-used, for instance, but for the most part this melding of hidden, secret monster with the high-school as hell (complete with its own kinds of monsters) works well, and you feel for both Stan and the hard life he’s been handed (that kid needs to catch a break, opines Siobhan Fallon Hogan’s Sheriff early on), and Dommer’s revenge fantasies, fuelled into murderous rage by the appearance of the vampire, while wrong are also quite understandable given what he’s been constantly subjected to.

It’s good to see vampires as proper monsters again too, instead of handsome, seductive or sympathetic beings (and no sparkles, thank goodness), an element I suspect many of my fellow horror fans will appreciate. There are also some nice touches, little homages and the like, thrown into The Shed for genre fans to notice, such as the aforementioned blanket over the head daylight run from Near Dark to even a quick reference to Ferris Bueller (as Stan has to run on foot to his house to beat the Sheriff there, cutting through gardens, running right behind her car before she notices). Some good, solid, enjoyable horror fun.