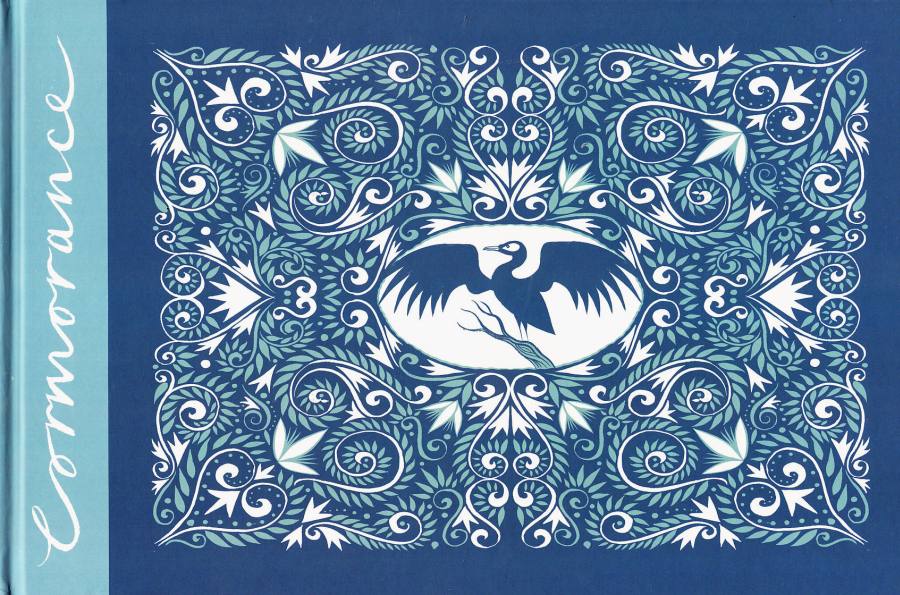 Oh where to start with this remarkable read? I was deeply impressed with Nick Hayes’ debut, The Rime of the Modern Mariner (here’s a guest commentary by Nick on that book), then a couple of years ago his engrossing Woody Guthrie totally drew me in, the man and his music, his approach to life, the gorgeous artwork (reviewed here), and both also with strong ecological themes. And after that one I had the pleasure of chairing a talk with Nick about that bookat the Edinburgh International Book Festival. So fair to say that despite knowing little about his new work, Cormorance, I was very keen to read it. Actually I read it several times – it’s one of those works you have to really immerse yourself in. And it is beautifully moving and emotional – and does so totally silently, no speech balloons, no thought bubbles, not even any dialogue boxes. This is carried entirely by the art, the layouts, the expressions.

This fairly substantial book is split into three chapters; the first two following to different children who are about to undergo the worst thing that can happen to any of us, let alone a child, losing a parent, while the third gently brings their individual stories together. Without words the art has to carry everything here, it has to imply a narrative, a sequence of events, of emotions with no supporting language. It’s a brave choice, especially for quite a long work such as this, but Nick is up for the challenge, with his stylised artwork varying from multiple small, rapid sequences of panels to suggest events to shorter sequences of close ups to let the expressions of the characters and their body language carry the meaning, both narrative and, crucially, emotional, as well as some quite wonderful full splash pages, and an utterly stunning four-page fold-out. 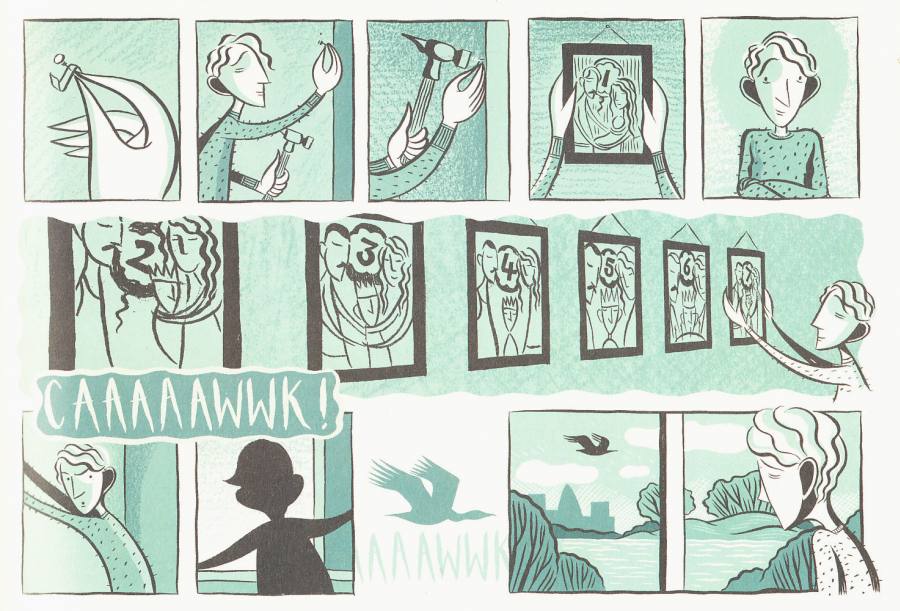 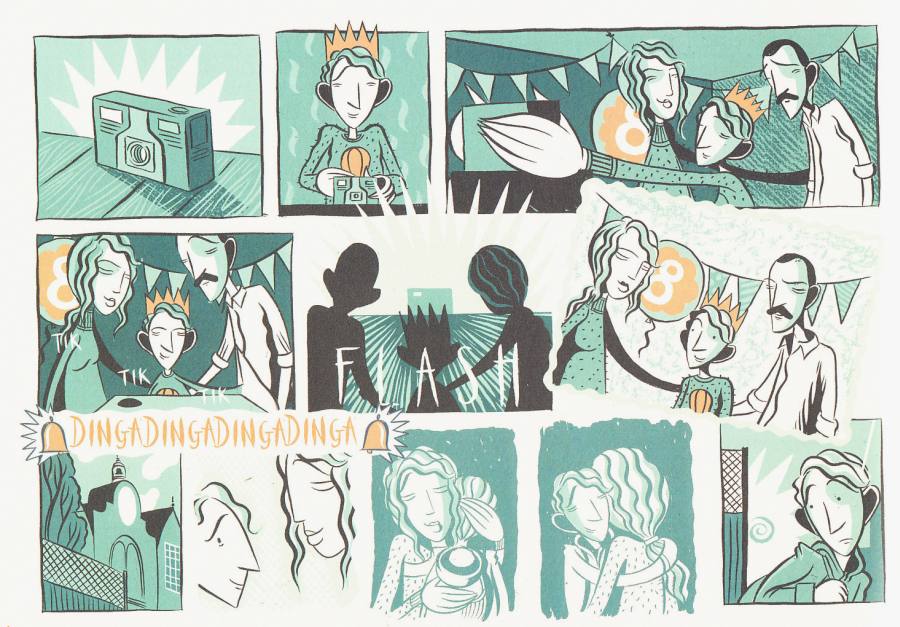 In the first chapter we meet a young boy, he and his mother and father packing up to move house, both an exciting adventure for the youngster but also daunting – leaving the home he’s known, moving to a new one, a new area, a new school. But he’s got that solid bedrock any child needs, loving parents, and Nick’s art makes the affection and love clear, you can almost feel the warmth coming off the page, especially in scenes with the wee boy and his mum. And similarly in the second chapter as we meet a young girl and her mum and dad, a wee girl who loves swimming, especially because it was something her mum was so good at, winning medals and trophies, and she wants to be like her mum. 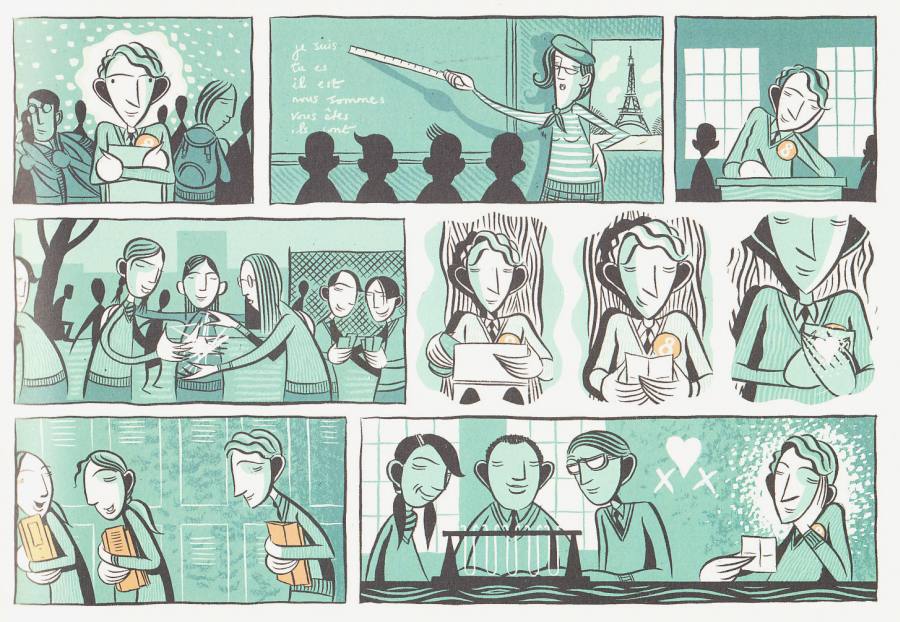 The warmth and bonding between child and parents in both chapters is quite wonderful, and it’s easy to find your own mind wandering back to hazy memories of your own childhood days, how perfect it was when you felt loved, protected, and there was no problem so big in your world that your mum and dad couldn’t take care of. Except illness doesn’t care about love, about family bonds or what age you are, and both the boy and the girl are going to face the slow deterioration of a loved one, then their loss, and then, just as hard, trying to find a way of coming to terms with that loss, which both do, although at first perhaps they aren’t really seeing it that way, it is more that they  have something they both need to do, something that will overlap with one another as it happens, but really they’re also finding their way through the emotional abyss of loss, a way to keep going, a way that will involve challenge, the inspiration of the natural world and shared experience and friendship. 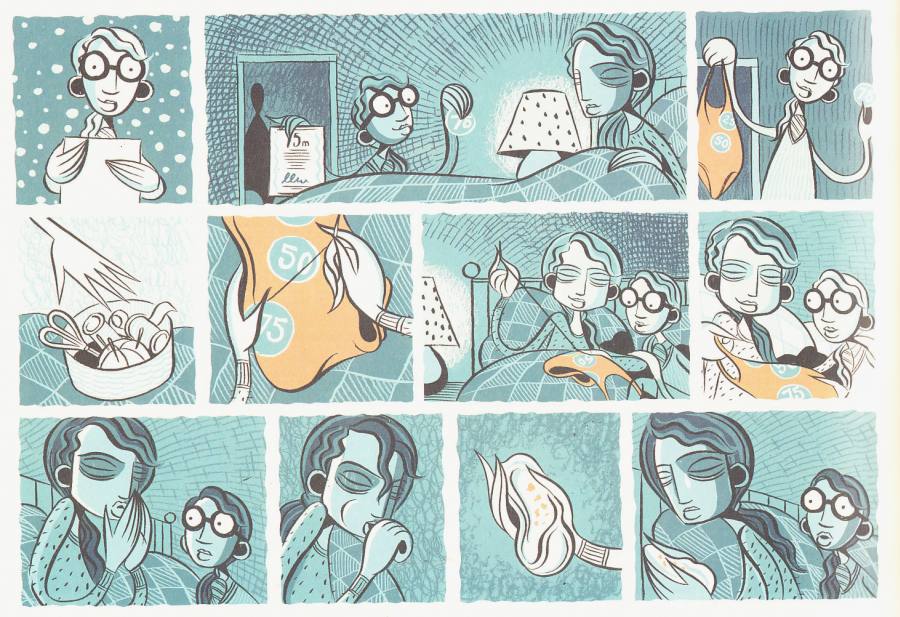 There are so many gorgeous touches here – nice foreshadowing as we see the wee boy make his way into his new classroom, we glimpse the girl, except we don’t know it is her then, that only becomes clear as her story unfolds in the second chapter – little touches like that woven into this larger tapestry are another reason why I felt compelled to re-read the book again a couple of times, and it really does reward that attention. With it being wordless there is an onus here also on the reader as well as the author; of course there always is in any sort of reading, it isn’t a passive experience, the author summons up certain ideas and emotions, but the reader also takes those and creates a mental image and map based on the book but also their own thoughts, feelings, experiences. And in a silent work like this it is clear that the author is trusting his readers to be instrumental in creating the meaning and feeling here from the images and sequences, it’s a partnership, and a satisfying one at that. 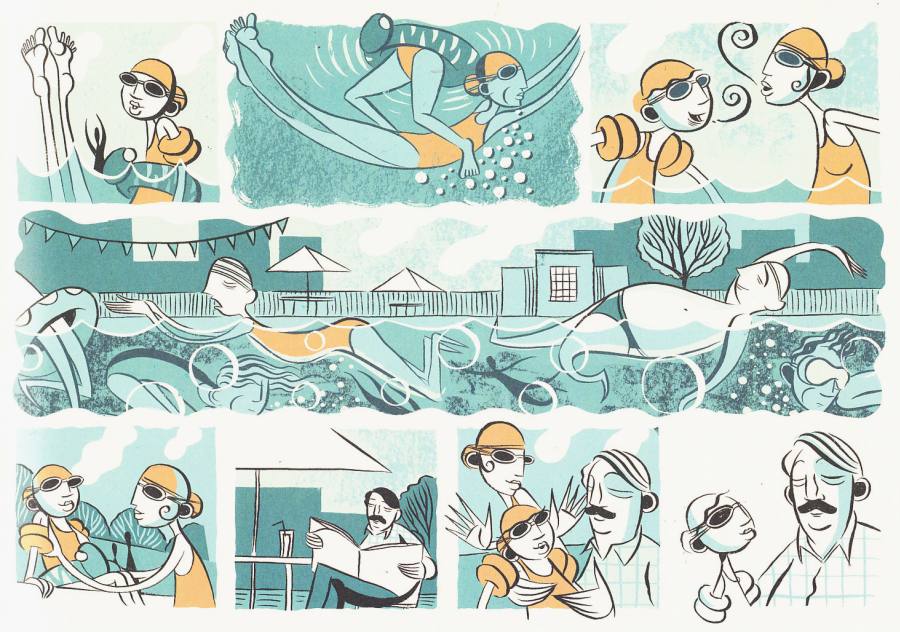 It’s a clever and beautifully crafted work, both the overall story it is creating with those wordless panels and the smaller, intimate, moving scenes of family life and love, the little moments that mean so much. And it is deeply, deeply emotional, especially if you’ve suffered the loss of a parent. I had to stop several times, it was just too much for me at certain points and I imagine more than a few readers will find themselves blinking away tears reading some scenes and remembering their own loss, but it’s not a depressing read, rather a hopeful one about how the love we so depend on still remains inside us, even after losing the people who gave us that love, a final, remarkable, wonderful gift they leave us. An utterly gorgeous, beautifully executed and warmly emotional book.