Its Scotland and its autumn and (when it isn’t raining) it is stunningly beautiful – the blue of the sky, the soft, golden autumnal sunlight, its low angle creating long shadow as the year draws to its final quarter and the trees are a wonderful mix of green and gold and red. The wind carries leaves around in little spirals, slowly drifting on invisible currents to the earth where they gather in piles against walls, just waiting for a foot to kick them back up into the air again. Travelling through to dad on the train from Edinburgh to Glasgow at the weekend past harvested wheat fields, the remaining stubble glittering gold in sunlight, short and wiry tufts like the face of a man who hasn’t shaved for several days, lines showing the patterns the farmer made upon the soil. 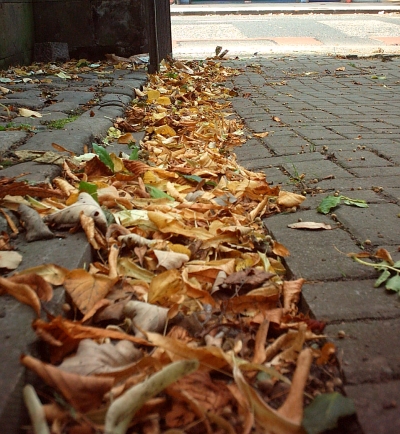 Some random pictures taken in the last week or so around the city as the leaves fall slowly. The setting sun is so low in the sky now that it glows a deep red; a gorgeous colour as warm as the evning’s now are chill. Like most Scottish cities the buildings here are built of our native-hewn stone rather than dreary bricks (even my humble tenement flat is built of these huge slabs of sandstone). 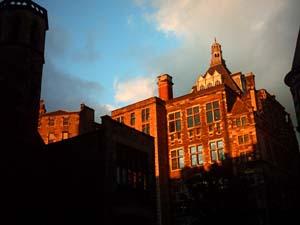 The sandstone and granite reflects the light throughout the seasons; in high summer they shimmer in the direct sunlight (when we get it of course!); in the winter the silica crystals glitter and shine like little stars in the frosty moonlight. And here in the autumn the ancient stones glow with a warm copper-red light as the long autumnal twilight settles around us, contrasting the golden-red sheen with the lengthening shadows of the setting sun; its the time when the quality of light is astonishing (and these pictures cannot capture what the human eye sees, alas) – it casts an enchantment over everything; when you experience it you realise why our ancestors thought this time was when the faerie folk would emerge from their mounds, it is a very special time of day and year, full of the promise of transition. 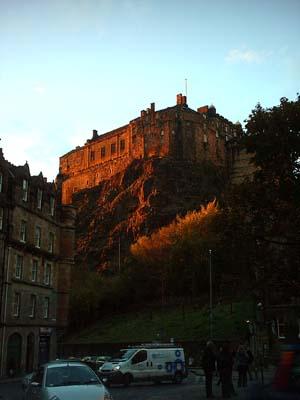 A setting star billions of years old, emparting the last warmth of the dying day to stones millions of years old, hewn from our native land, which comprise the buildings centuries old, enjoyed by those passers by who raise their eyes; our existence is so short compared to those stones and stars and yet little magical moments like these make them seem eternal and wonderful. So many people so intent on getting home from work miss these moments around them. Raise your eyes and marvel at the art created by human hand and nature and stand for a moment in the magical twilight. Stop the rush of commuting, the concentration on those little matters that seem to dominate our lives and allow yourself, just for a moment or two, to embrace a little wonder in your daily life. You may be a few minutes later getting home, but your soul will be enriched. When you live in one of the most beautiful countries in the world and in one of the most magnificent looking cities it would be a crime to ignore such beauty and delight. Little moments of wonder, folks, that’s one of the small aspects of existence that make our lives worthwhile. These little magical theatres act out their plays over millennia but we only experience them for a briefm lfeeting moment; enjoy that moment; if, as the old poem put it, we can see eternity in a grain of sand imagine how much more we can see in the glow of setting sunlight through a copper burnished leaf. 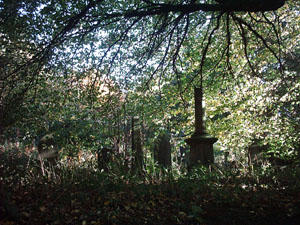 There’s a definite feeling of change in the air, the wheeling of the seasons. We’ve had an early taste of winter as cold winds blow up the Forth, driving rain so that you have to constantly angle your umbrella sideways rather than above you. When we have had sunlit days they have been different; the sun is bright, the sky a glorious blue, but you can feel summer’s last breath slipping away and autumn ascending the sky. The glowing sun (when it does shine) no longer burns as it did only a few weeks ago; already its light is becoming stretched out, the glare of summer replaced by a far softer, golden light. The quality of sunlight turns to amber and copper at this time of year in our little northern kingdom; as the leaves begin to turn, losing their greenery they too take on a coppery-red sheen.

Most canopies are still green but each bough already bears yellowing leaves; in a few weeks more the green trees swaying in the breeze will wear crowns of vermillion which glow in the golden sunlight of autumn, a final hurrah before the winds blow the leaves loose and the trees take on their bear, skeletal winter form. Although the winter here to grants beauty – devoid of their rich, lush leaves the bare branches are the perfect canvas for nature to paint upon with glittering frost. There’s always something beautiful to look at in any season if you eyes know how to look.

So once more we move into the “seasons of mists and mellow fruitfulness2 and true to the old poem the autumnal mists are already rising in Edinburgh as the warmth of the autumn day meets the cool evening. Castle Rock is wrapped in soft, grey velvet as the sun sets in the west; as the lights are lit their glow is diffused, like distant suns shining in a faraway nebula. Everything becomes softer; the sharp outlines of jagged volcanic rock on Arthur’s Seat (where Hutton, entranced with the sculpted stone of nature gave birth to geology) become blurred and dissolve like a dream.

You can easily imagine Hogg’s Justified Sinner (surely a parent to both Jekyll and Hyde) with his internal torments atop that extinct volcano, just as you can imagine the muffled footsteps you hear in the wynds and ways could be those of Burke and Hare carrying another body for Knox through the misty streets of the Old Town. On such evenings in Edinburgh you could almost believe that the mists will momentarily part on a dark evening and you’ll catch sight of Deacon Brodie leading his double life or the gawkit gait of Stevenson in his velvet coat, his wan complexion reflecting the light above a favoured tavern, the moisture on the sandstone blocks shimmering like stars.