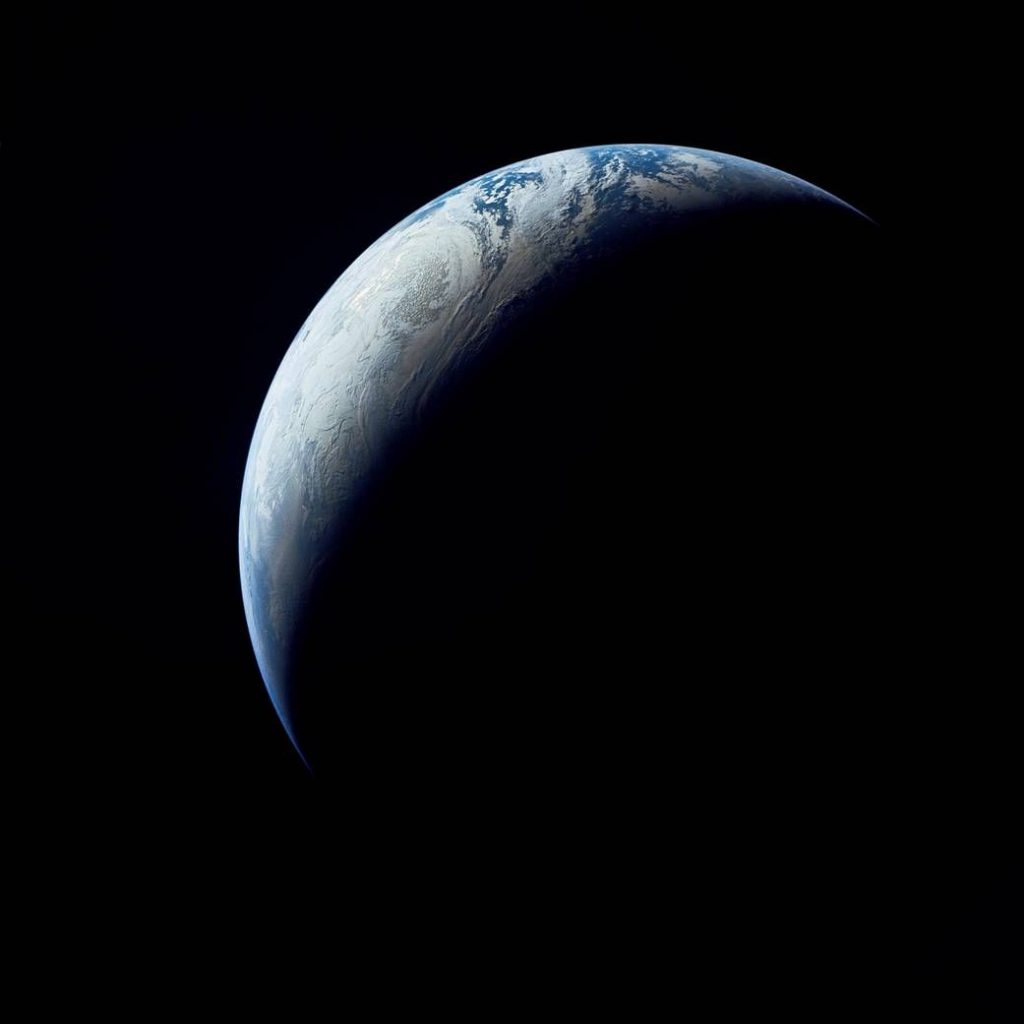 Forty five years ago this week the roar of the enormous Saturn V rocket filled the Florida air, a huge structure carried high on a pillar of fire, raw power and ingenuity overcoming gravity, a technology pioneered as a dreadful new weapon of war harnessed now for a voyage into the final frontier, boldly going where no one had gone before. Apollo 8 took flight for the Moon in December of 1968; Neil and Buzz Armstrong’s historic first walk on the Moon was still a year away, but this too was a tremendously historic flight and a major milestone in the long, long history of human voyages of exploration – this saw human beings, for the first time, leave the orbit of their own, small world and travel beyond, circling right around our Moon. As Christmas 1968 approached those three astronauts were the furthest from home any human being has ever been in the history of the world – as their tiny craft’s orbit took them around the dark side of the Moon even the slender thread of radio connecting them tenuously to home was broken for a brief spell. On the dark side no contact with home, just three explorers in a piece of 1960s tech, circling another planetary body.

And then on one Lunar orbit… On one glorious moment, largely by accident, as the ship was being rotated they saw something out of the small windows on their little craft. The Moon’s surface filled the viewport and there, in the distance, on the Moon’s horizon, the planet Earth rose above the Lunar vista. Earthrise. A cosmic ballet of interleaving gravity wells and orbits that have been taking place for billions of years almost like the beautiful clockwork orrery models of the solar system. But unseen, always unseen. Until December 1968 when three men saw it for the first time – in all the ages of the world a sight no-one had beheld, a view of our entire globe slowly rising above the Moon, the sky deep black, the Earth a magnificent, shining blue, an oasis of life and warmth in the cold distances of space. And they rushed to take a photo, one of the greatest images from the history of exploration, shared with the entire world, our first view of our whole world, not just a part of it seen from low orbit, but the entire Earth seen hanging in space. 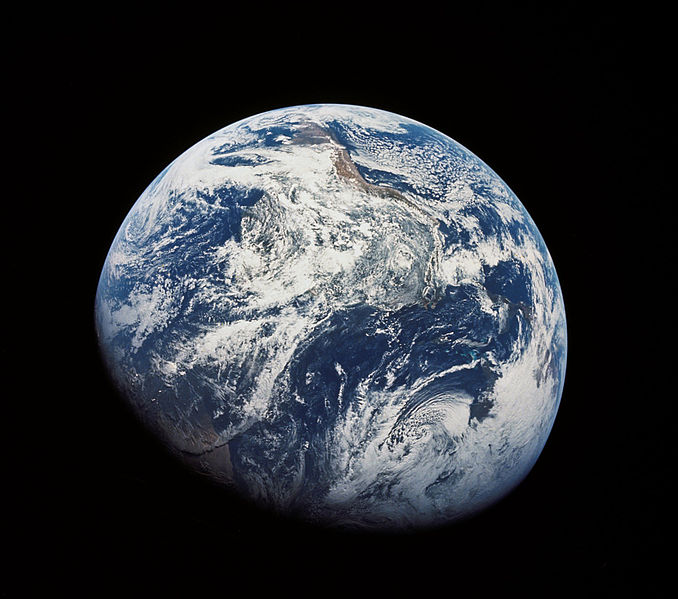 On Christmas Eve, all alone and so distant in their small vessel the astronauts read out a passage from Genesis about the mythical creation of the world and, looking back at their distant home in a way no-one before them ever could, they concluded “And from the crew of Apollo 8, we close with good night, good luck, a Merry Christmas and God bless all of you – all of you on the good Earth.” I was born in 1967, a child of the space age, grew up with my little astronaut play suit and my passion for reading took in books of astronomy and space exploration as well as daring tales of science fiction; it’s been in my blood since as long as I can recall, I still get shivers at the image of a Saturn V roaring into the heavens, watching Gravity last month, taking in that spectacular opening scene of the astronauts floating above a glowing Earth I still ached to travel there myself, as I have always dreamt of since I was a very small boy.

For me the Apollo 8 mission has always summed up both the majestic awe and the terrifying dangers of manned space exploration – an environment we never evolved for, but through a mixture of invention and courage we’ve created ways for us to venture into it, to dip our toes “into the cosmic ocean” as dear old Carl put it. So dangerous, a tiny impact on that fragile vessel and it’s all over, no great protective shields like they have on the Enterprise, no transporters and emergency shuttles if anything goes wrong, no chance of coming back if your complex calculations – carried out on primitive computers that couldn’t match a cell phone from today, or on slide rules, if you please – there isn’t enough power, air or fuel, no mighty impulse and warp engines to carry you where you want, just enough thrust and fuel to match a complicated figure of eight orbit around Earth and the Moon, get it wrong and you will drift for ever through the heavens. And yet people still dared to do it. It reminds us of how magnificent our species can be when it turns from our damned destructive impulses and towards something wonderful.

To celebrate the forty fifth anniversary of that historic voyage NASA has created a new visualisation of it, taking in the original images and crew recordings mixed with the very latest research and findings from far more advanced unmanned Lunar probes.

“And from the crew of Apollo 8, we close with good night, good luck, a Merry Christmas and God bless all of you – all of you on the good Earth.“