There was an interesting show on Channel 4 this evening on the Opus Dei movement which Dan Brown has made a lot of book sales from as one of the central players in the Da Vinci Code. It was reasonably even-handed in dispelling the nonsense in that tosh but also raised more potential worries (where does their money come from, how did their founder come to sainthood so quickly?). However, I am not really worried about Dan Brown’s fictional mumblings or the real Opus Dei. No, there are even more worrying cults out there that haven’t received the glare of publicity from international bestsellers. 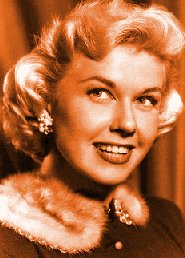 Oldest of these two cults is the sinister organisation known as Doris Day. Like Opus Dei it is an apparently harmless organisation based around charitable works and a beatific central figure, in this case Saint Doris of Day. Members sing happy songs and promote a conservative, 1950s lifestyle. However, behind this wholesome image of clean-cut, old-fashioned American values and happy songs some say the Doris Day movement is secretly corrupting youth, teaching them that it is good for young, blonde women to have relationships with hunky men who are secretly gay. The cult strictly divides the roles for men and women in their organisation, with the women – or Dorises – taking on traditionally ‘womanly’ roles such a singing while doing housework and the men – or Rocks as they are referred to – pursue manly virtues such a driving sportscars and buggery.

A more modern cult is Opus Penguin, based around the teachings of the Guru Berk Breathed with Opus the Penguin as the central figure, aided by his faithful minister Bill the Cat. Some critics have declared that Opus and Berk have used the medium of cartoons to reach impressionable youths – the Catholic Church is especially worried about this, although it is not clear if this is because of genuine desires to protect youngsters from the evils of comics or because it cuts into their recruitment market. Other cartoon-based groups, such as the Seventh Day Larsonists say that there is nothing sinister about Opus Penuin, themselves or any other cartoonist cults such as the Church of Saint Charles of Schulz or the Sacred Lasagne of Garfield, but others have linked Opus Penguin to the rash of beatings of street mimes by olive loaves.