After hours of transcribing I’ve put up the text of the first part of the Lost in Translation event on European comics I was at in Glasgow last week over on the FPI blog. The first half was a fascinating talk (off the cuff, without notes!) by Paul Gravett, probably one of the few folks who can bring Goethe into a talk about comics (which was very appropriate since it was hosted by the Goethe Institut and the Alliance Française. Working my way through transcribing the second part which was a panel discussion with Paul, German cartoonist Arne Bellstorf, Marc Baines and John and Sandra from Metaphrog, who created one of my favourite strips, the Louis series. 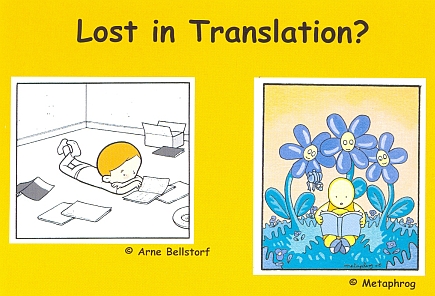