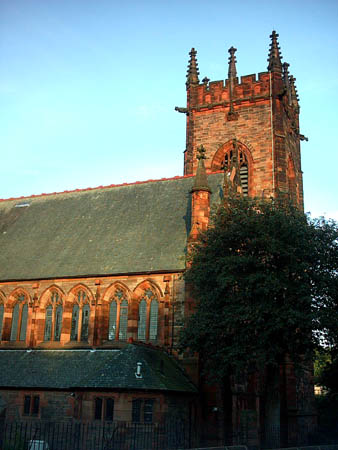 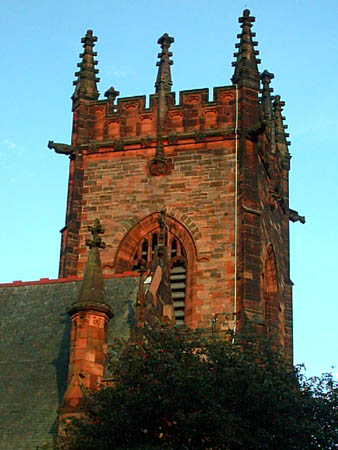 It’s that time of year, long autumn twilight spilling golden-copper light from the slowly sinking sun. The air takes on a peculiar quality, the ‘gloaming’, a short period of transition which whispers of magic, the time when the Fair Folk would emerge from the Faerie Mounds in wooded glens and dells. Fanciful perhaps and yet there is something in this autumnal light which could almost make you believe it. The glow the setting sun imparts to the sandstone buildings is as soft and warm as a lover’s embrace. 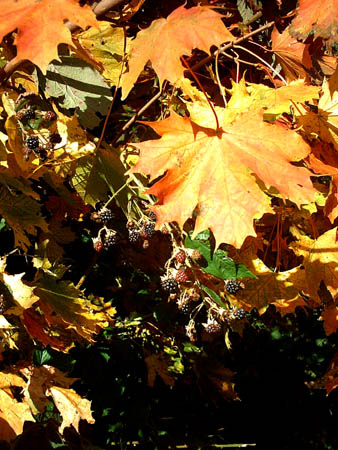 We’ve had a sudden burst of late summer weather but it can’t disguise the approach of autumn; crisper and cooler in the morning and evening now, early morning mists cling to the hills as if the slopes had just awoken, still tangled in gossamer bedsheets. Most of the trees are still lush with well-watered greenery but more and more golden leaves are appearing like grey hairs on a man, heralding the move into the end months of the year. Ripe, juicy berries hang heavy on the boughs, enticing birds, squirrels and humans alike. 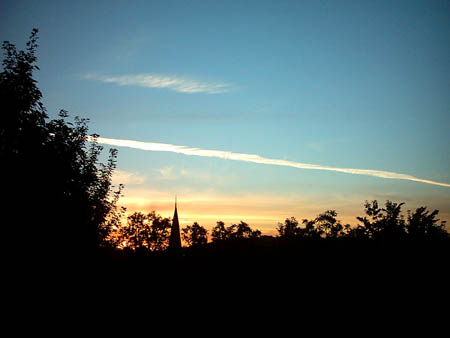 Sunset this very evening, scarcely a couple of hours gone; walking home from Mel’s it stopped me dead to just stand still and watch it. The trees slowly sink into shadows, merging into one large, dark silhouette as the last few birds flutter overhead calling to one another before settling into shadowed branches for the night. 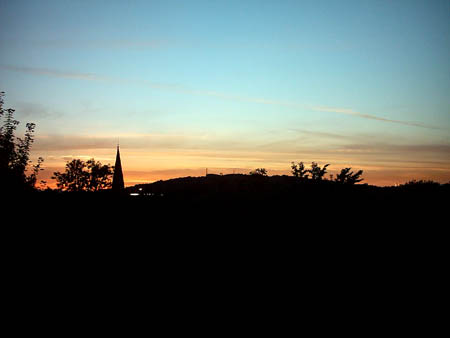 The sky overhead was the soft blue of a Georgian cameo of the type beloved by many a grandmother, while the horizon around Corstorphine Hill (where my old college lies and which I cycled everyday) is drawn in bands of reds and oranges like the clouds on mighty Jupiter. The orb of the sun has only just dipped below the horizon behind the spire; the contrast from the soft blue to the oranges, reds and terracotta colours was like looking at nature’s own Impressionist painting.

The row of lights in the darkness to the right of the spire’s base are from Murrayfield, the national stadium for Scottish rugby. In the space of just a few minutes all that was left were a few clouds tinged pink for a short time, then a slow fade into the darkness of night; the well-defined daytime world fades into the darkness, like falling asleep into the realms of dreams and imagination where the sharp-edged restrictions of the day are replaced with an undefined place of limitless possibilities. Only twenty feet from this spot cars sped past on the Approach Road, utterly oblivious to this entire spectacle; they had no eyes to see, souls isolated and walled off.

As Keats described this time of year to a friend “How beautiful the season is now – How fine the air. A temperate sharpness about it. Really, without joking, chaste weather – Dian skies – I never lik’d stubble fields so much as now – Aye better than the chilly green of the spring. Somehow a stubble plain looks warm – -in the same way that some pictures look warm – this struck me so much in my Sunday’s walk that I composed upon it.” And compose he did, one of the loveliest verses in English poetry:

Season of mists and mellow fruitfulness!
Close bosom-friend of the maturing sun;
Conspiring with him how to load and bless
With fruit the vines that round the thatch-eaves run;
To bend with apples the mossed cottage-trees,
And fill all fruit with ripeness to the core;
To swell the gourd, and plump the hazel shells
With a sweet kernel; to set budding more,
And still more, later flowers for the bees,
Until they think warm days will never cease,
For Summer has o’erbrimmed their clammy cells.

Who hath not seen thee oft amid thy store?
Sometimes whoever seeks abroad may find
Thee sitting careless on a granary floor,
Thy hair soft-lifted by the winnowing wind;
Or on a half-reaped furrow sound asleep,
Drowsed with the fume of poppies, while thy hook
Spares the next swath and all its twined flowers;
And sometimes like a gleaner thou dost keep
Steady thy laden head across a brook;
Or by a cider-press, with patient look,
Thou watchest the last oozings, hours by hours.

Where are the songs of Spring? Ay, where are they?
Think not of them, thou hast thy music too, –
While barred clouds bloom the soft-dying day
And touch the stubble-plains with rosy hue;
Then in a wailful choir the small gnats mourn
Among the river sallows, borne aloft
Or sinking as the light wind lives or dies;
And full-grown lambs loud bleat from hilly bourn;
Hedge-crickets sing, and now with treble soft
The redbreast whistles from a garden-croft;
And gathering swallows twitter in the skies.