Messing around by the water 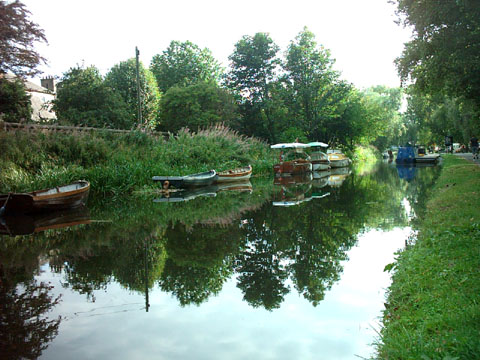 Walking home along the nearby canal on a warm, summer evening, people feeding the ducks and swans, cycling and jogging on the towpath, mucking around on boats while the floating restaurant on a barge is preparing to get up steam for an evening’s cruising and dining. Me? I just turned a ten minute walk home into a long, meandering, I-ain’t-in-no-hurry walk on a fine summer eve, sounds of the city falling away to peace and relaxation. Wasn’t planning it this way, it was just one of those things that happened, slow, peaceful walk, evening light, green trees leaning heavily over the water, ducks scrounging for bread… 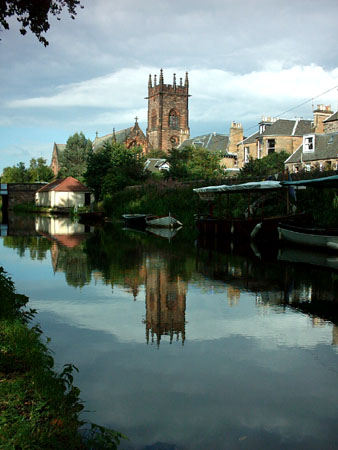 That time of evening, with the light starting to go golden from the sun going down slowly into twilight and the light just right for these reflections on the water, disturbed only by the occassional passing barge or some ducks taking their evening consitutional. 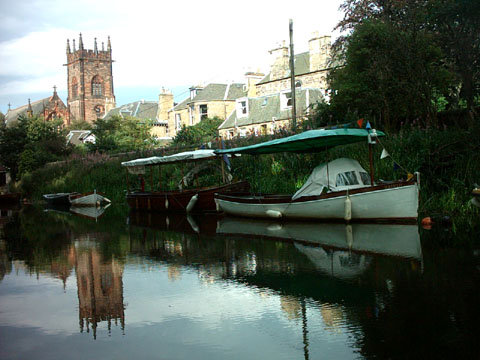 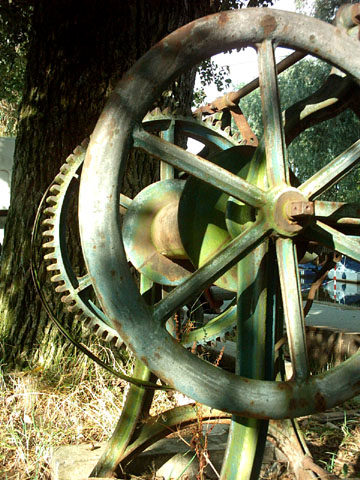 Some old winding mechanism, with a new bike lock on it so presumably still used by someone, perhaps they lower and raise new boats along the slipway near it. 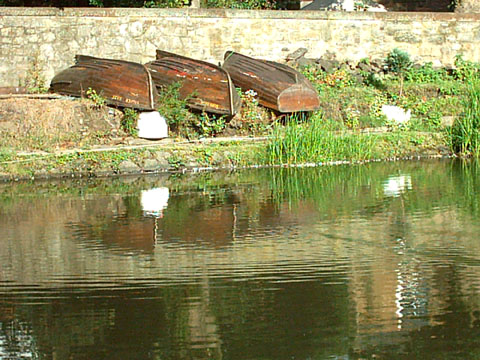 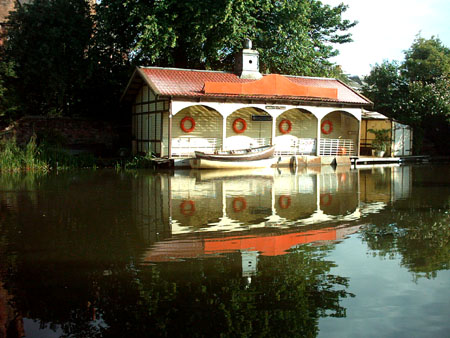 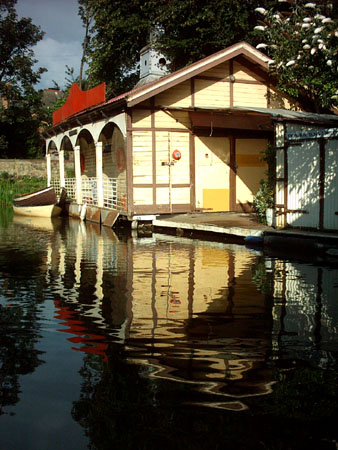 The old boat house – check out the odd looking rowboat moored alongside, it is actually two rowboat, a damaged one with a split prow sitting atop the other. 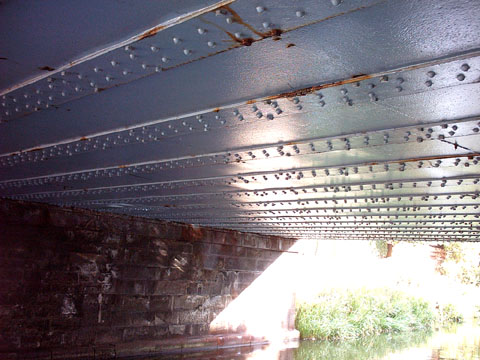 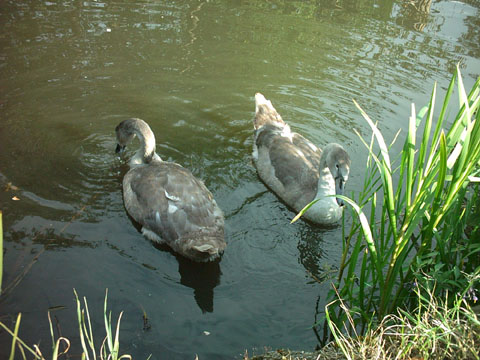 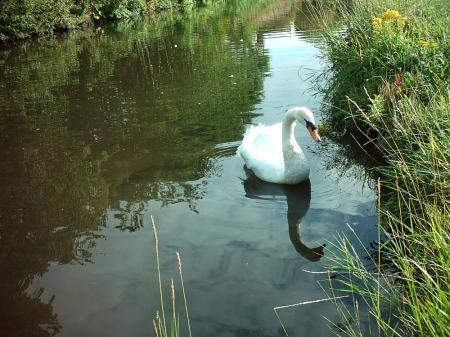 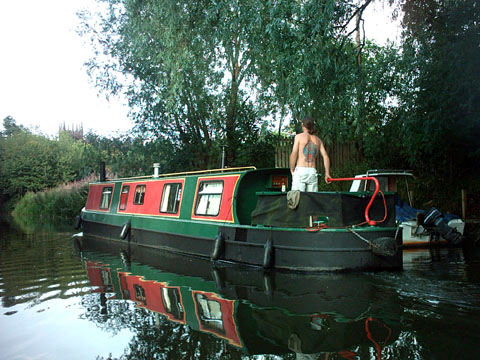 Some holiday-makers tootling around on their barge. I love the fact this is all a few minutes from my door. I used to cycle along the towpath out to one of the villages, Ratho, just outside the city – great pub lunches at the inn right on the canal there. Eventually after going past the Falkirk Wheel you can go through to Glasgow this way – the other direction terminates right at Tollcross in the city centre of Edinburgh, right round the corner from the student flat Mel and I used to share years back; the whole area was semi-derelict and is now regenerated with new flats, bars and restaurants (the ones I posted up here ages ago) with more of the canal where the former brewery next to be redeveloped (which is going to make my end of town even nicer). 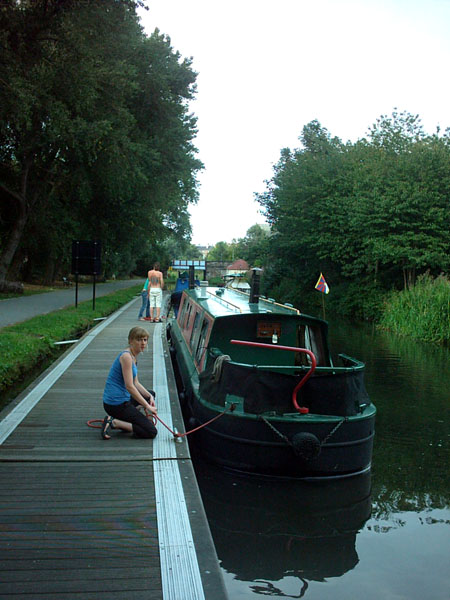 Time to tie it up for the evening. Once this would have been a damned busy place of work when the canals were still major arteries of commerce; now after years of neglect they’re being regenerated like many down south, the towpaths cleared and mended for walkers and cyclists (forming great off-road cycle networks across the country), holiday barges, rowboats for hire, floating restaurants, the university’s rowing club all using it more and more and also a nice route for locals to take in and out of town – makes a nice change from walking on a path next to a busy road at rush hour, doesn’t it? Hmmm, could wander on home now or could just sit here and watch the world going slowly by.